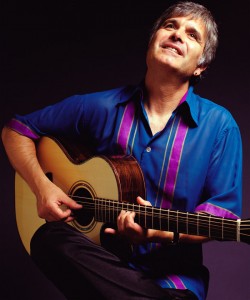 Beginning this October there will be an international guitar series held at Grand Rapids Community College. The series will be composed of four concerts, each night featuring a different artist. They will be held in the Recital hall (Room 200) of the GRCC Music Center.

The first of these four concerts will be ex-Wings lead guitarist, Laurence Juber, from England. Juber is world renown for not only his playing style but also for his unparalleled composition. Labeled: “a master” by Pete Townsend, Juber has released 22 solo albums and has been featured on a multitude of soundtracks including Dirty Dancing, Good Will Hunting, and Pocahontas. His highly anticipated performance will be Thursday, Oct. 3 at 7:30 PM.

One dollar parking is available in the GRCC student parking ramp with a GRCC guest parking voucher sold at the door.

More info on the series can be found at GRCC’s page, or by contacting GRCC music professor Brian Morris at bmorris@grcc.edu.