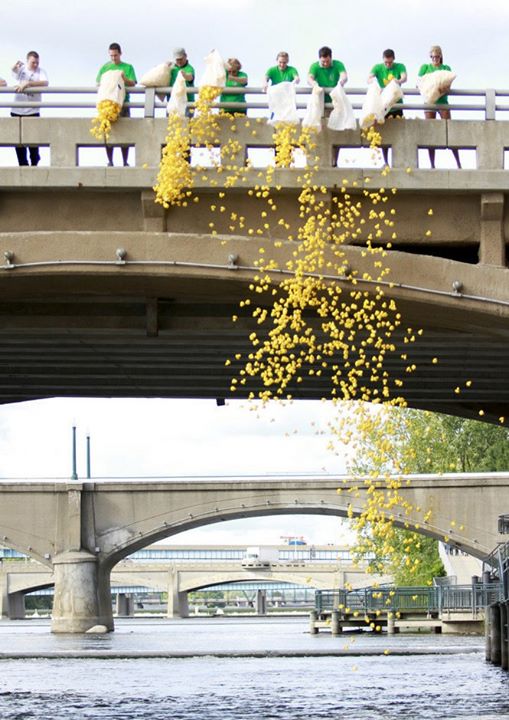 Three thousand ducks raced down the Grand River Saturday afternoon for the second annual Ducky Dash. The rubber racers were adopted by attendees for “A Buck a Duck” (or 5 for $4), before being dumped from the Pearl Street bridge to float downriver into a line of thirty volunteers waiting with nets. The top ten ducks to finish won prizes for their adoptive parents, including an overnight stay at the Amway Grand Plaza Hotel.

While this year marks the event’s second birthday, event organizer Matt Witkowski hopes the GR Ducky Dash will continue to be an attraction for the city, stating: “Grand Rapids hosts a lot of great events, but I wanted to highlight the heart of our city – the river.” Witkowski estimates that of the 3,000 rubber ducks, approximately 1500 of them were adopted, raising upwards of $500-$1000 for the nonprofit organization, Celebration on the Grand.

More information regarding the Grand Rapids Ducky Dash can be found online at grduckydash.wix.com/duckydash, or on the event’s Facebook page: facebook.com/grduckydash. 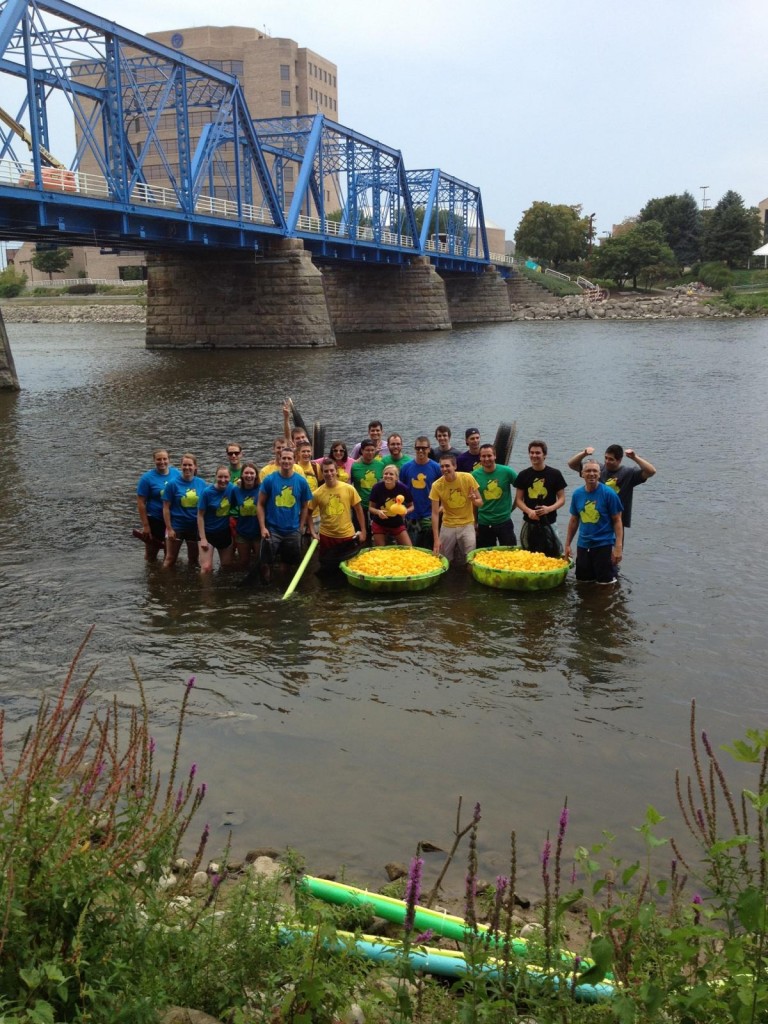