O’Halla, 57, of Grandville, worked for GRCC for four years, and will be missed by many members of the GRCC community.

“I worked for him for almost three and half years here and I really appreciated his leadership and his mentoring,” said Dave Anderson, who has been named Interim CIO. “I felt like he took me under his wing and really tried to grow me to be a better manager.”

Although O’Halla worked behind the scenes was not known by many students, he made many contributions to GRCC in an effort to benefit them, such as setting up the MyDegreePath system.  O’Halla also worked hard to find ways to use technology to encourage the retention and success of GRCC students.  Prior to joining the GRCC staff, O’Halla worked at Davenport, starting out as a programmer in the data processing department, and later became Vice President of the IT department.  He retired from DU in 2009 as Executive Vice President of Enrollment and Student Development.

At GRCC, O’Halla is credited with improving the college’s ability to track student performance.

“We purchased a data warehouse system, so we had better data analytics on students who were at risk.” Anderson explained. “We could identify if you were getting a C in a class and there’s somebody getting an A in the class.  [It allows us to] see why that would be.   What’s that student’s attendance? How often are they logging onto Blackboard? How often are they logging onto the Online Student Center? How active are they overall? And then we could see what’s working for students and what’s not working for students.”

O’Halla’s leadership within the IT department will also leave a lasting impact.

“When President Ender hired Kevin, he was able to bring this group together and make it more of a cohesive and unified group.” Anderson recalled.  “He did that by trying to get us all in one location.  Now, approximately 80% of all out staff is in one building now.”

O’Halla also worked on the set-up of the Project Management office, which coordinate IT projects in an effort to ensure maximum efficiency. 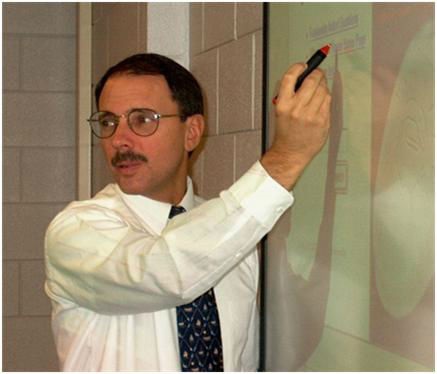 O’Halla will not only be remembered for this work, but for his personality.

“[He] was always able to make a joke when times were pretty stressful,” Anderson recalled.

O’Halla is survived by his wife of 32 years, Debbie O’Halla, and his children, Brian and Alison.   The family has asked that donations be made to either the Grand Rapids Community College Foundation, 143 Bostwick Ave NE, Grand Rapids, MI 49503 or the St. Peter Annual School Fund, 430 Main St., Huron, OH 44839.  Condolences may be left at www.mkdfuneralhome.com.