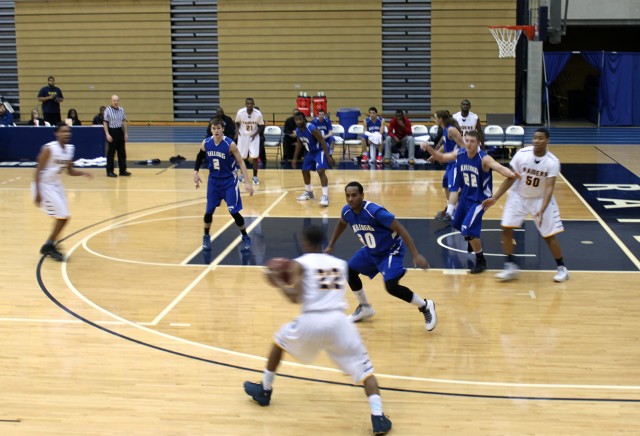 GRCC trailed the Jayhawks by a point at the half, but came out strong to win it. Freshman DeMarkus Stuckey scored 22 points, as did Courtney Hill, his sophomore teammate. 15 of Hill’s points appeared after halftime.

GRCC trailed by a single point at halftime but the rest of the game was all Raiders. They returned and scored 67 points, more than twice the amount of their first half. The Raiders also went 25 of 29 from the free throw line.

Although he likes the results of the season so far, Carnegie would like to see some improvement from the team.

“We have stretches where we are up and down and we need to become more consistent on the floor,” Carnegie said.

The Raiders will wrap up the season with three home games and only one away.