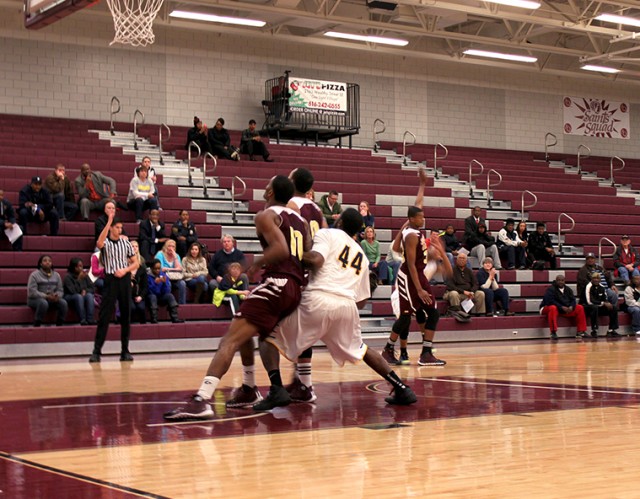 This win for the Raiders almost seemed scripted from previous games. GRCC trailed Lansing 48-42 at halftime, rallied in the second half, and finished off the opposition during overtime. All three of GRCC’s overtime wins this season have happened in February.

The last minute of regulation witnessed a lot of back and forth action. As the clock neared zero, a Raider free throw put them on top. Only seconds later, the Stars made it a tie game again with a free throw of their own.

Sophomore Miles Robinson led GRCC with 30 points. Robinson made five 3-pointers and went 3 of 4 from the free-throw line.

“If it has to go to overtime, then we have to find a way to pull that win out,” Robinson said of GRCC’s recent overtime trend.

The Raiders only have two games left in the regular season. They are scheduled to play Lake Michigan College in Benton Harbor on Monday. GRCC will return home for one last game against Kalamazoo Valley Community College, which is scheduled for 7:30 p.m. Wednesday in the Ford Fieldhouse.