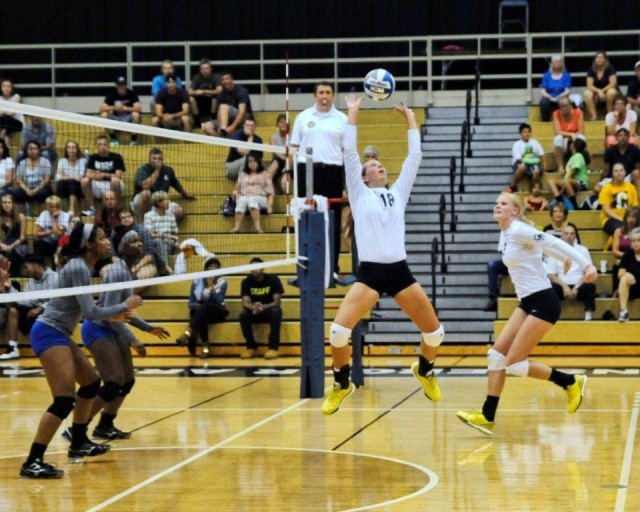 After winning the first set 25-19 and the second 25-21, the Raiders looked as if they might make quick work of the Stars. Lansing battled back however and took the third set 25-22. GRCC ended the match after the next set, winning it 25-12.

“You always want to win in three sets,” head coach Chip Will said, commenting on the one lost game. “It’s a good lesson for our kids to know. We gotta bring our A-game night in and night out.”

“I thought Rosalyn Wyse did a nice job on the outside,” Will said. “Abbie Gortsema came in with some nice blocks late in the game.”

After a scheduled away match with Kalamazoo Valley Community College on Tuesday, the Raiders will look to get another home win on Thursday against Muskegon Community College at 6:30 p.m. in the Ford Fieldhouse.