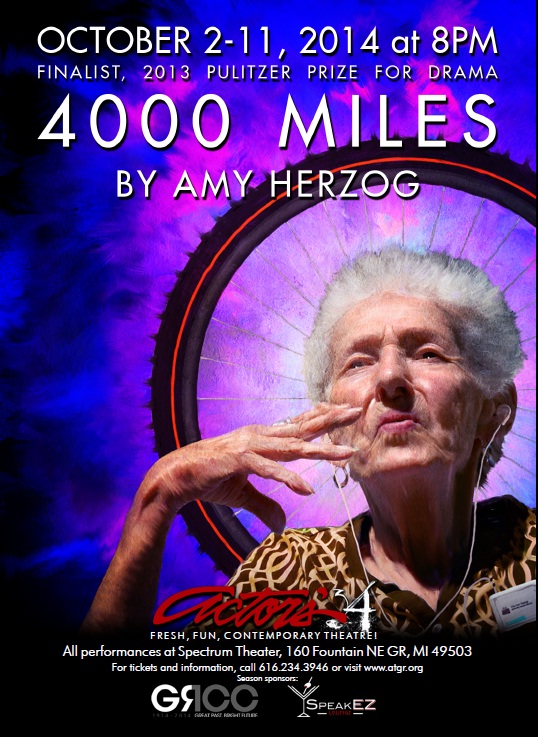 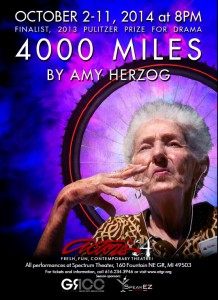 Beginning this Thursday, Actors’ Theatre of Grand Rapids will be performing “4000 Miles” at Grand Rapids Community College’s Spectrum Theater. The shows will run until Oct. 4 and then Oct. 9-11. Curtain time for all shows is 8 p.m.

“4000 Miles” is a dramatic comedy by Amy Herzog set in New York City about a young man who finds an unlikely friendship with his feisty grandmother while living as roommates in her West Village apartment.

This is the first debut of the play in West Michigan.

“It’s a wonderful story,” said Director Fred Sebulske. “It’s a beautifully written play. (The audience) will see themselves in the play. It reaches across the generations.”

Ticket prices for general admission range from $24-26, $10 for GRCC students, and $20 for other students.