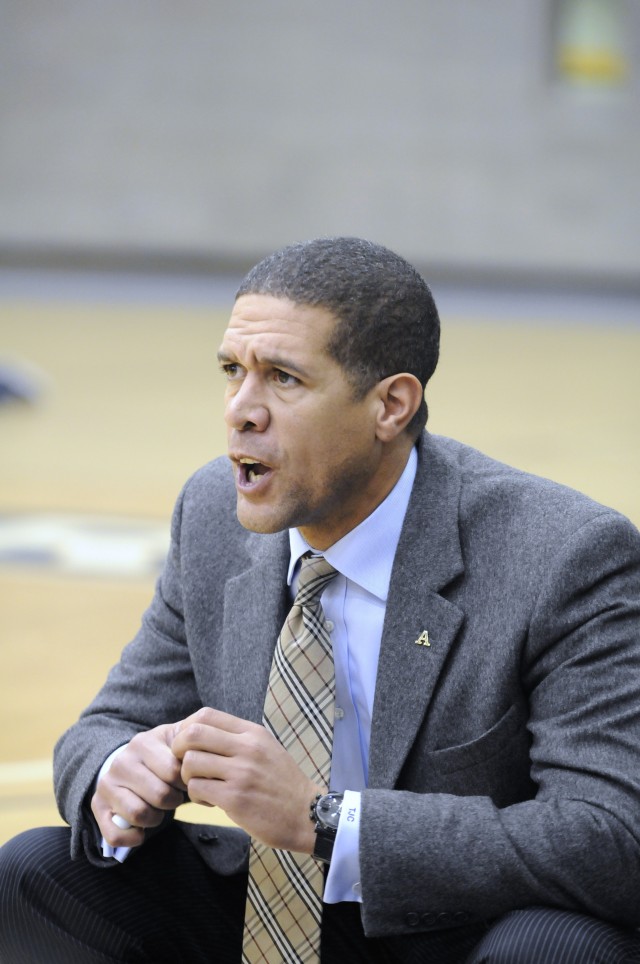 A mid season coaching change has taken place for the Grand Rapids Community College men’s Basketball team. Former Raider coach David Selmon has replaced T.J. Carnegie who resigned five games into the season after a promotion with his full-time employer, requiring him to move to Indianapolis.

“This was a hard decision for me to make, basketball is my second love behind family,” Carnegie said. “Coaching has been a second job for me, this new position helps me look out for the future.”

Having taken over the GRCC coaching position in 2011 Carnegie leaves in the middle of his fourth season with a 64-33 record.

“The team is in good hands with David Selmon,” Carnegie said. “He coached at GRCC for 19 or 20 years and was very instrumental in helping me get my coaching job (at GRCC).”

Selmon returns to GRCC where he compiled a 416-136 record that included coaching GRCC to the 1995 National Championship game.

“I always have that fire and desire to coach. It is being an ex-athlete with the drive and passion to win … and to compete,” Coach Selmon Said. “I am glad to be back.”

Taking over late in the weekend Selmon only had two practices with his new team before taking on the visiting Indiana Tech junior varsity team on Tuesday. Selmon was victorious in his first game back 110-40.

“The passion of the game and the kids brought me back,” Coach Selmon said.