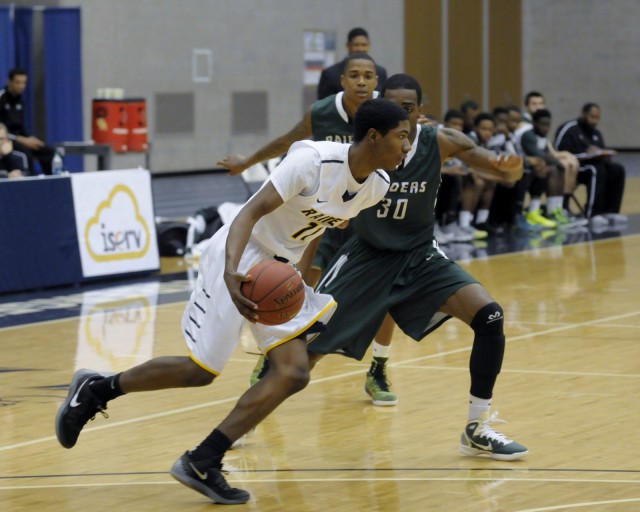 At the end of the first half, forward Kevin Brower hit a buzzer-beating 3-pointer to put the Raiders up 43-41 against Macomb, swinging the momentum towards the Raiders.

Coach Mike Spicer, in his first year as head coach of the Raiders, was happy with the win.

Now that final exams are here, the players have been studying and trying to maintain good grades, as well as practicing and continuing to improve on the season.

“I knew we were going to have to fight through the scheduling and finals,” Spicer said. “We haven’t played in over two weeks, these kids have their final exams, they’re mentally tired.”

Coach Spicer was happy about the way the team played and was just glad to get the win after a long break in between games.

“I’m most happy that they fought through and held on to win,” said Spicer. “There was a couple times in there where we could’ve just thrown it in, but it showed a lot of toughness and that’s something that we preach every day.”
The team is now on a four-game winning streak and will compete in the Judgement Day Classic in Waterford.