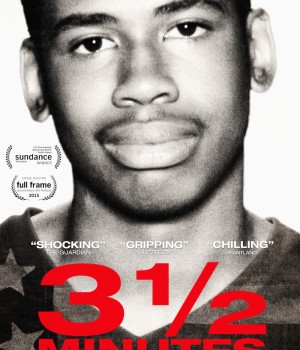 When it comes to finding justice, the documentary “3 1⁄2 minutes, Ten Bullets,” told from the perspective of Jordan Davis parents as they go down a journey to find peace, proves to be heart-wrenching. This film gives viewers an inside feel of the State vs. Dunn trial as Ron Davis and Lucia McBath cope with the murder of their son. On Nov. 23, 2012, four Florida teen- agers, Leland Brunson, Tommie Stornes, Tevin Thompson and Davis arrived at a gas station. Three and a half minutes later, 10 bullets were shot by 47-year old Michael Dunn and 17-year old Davis was dead.

That day, Davis and his friends decided to head to the mall and see Davis’ girl- friend. After spending time at the mall, they drove around for a while and then headed to the Gate gas station. At the same time, Dunn and his fiancee Rhonda Rouer left his son’s wedding to check on their dog at their hotel. On the way over to the hotel, they made a quick stop at the same gas station to purchase alcohol.

Before Rouer entered the gas station, Dunn said, “I hate that thug music,” talking about the loud music being played within Stornes’ SUV. In the meantime, Stornes went inside to purchase cigarettes. Outside, Dunn and Davis were both sitting in their respective cars as an argument between the two broke out, three-and-a-half minutes later Dunn pulled out a gun and shot Davis.

As the trials start to unfold, viewers are taken on an emotional rollercoaster. Dunn was found guilty of three counts of second-degree attempted murder in Jan. 2013, and in Oct. 2014 Dunn was convicted of first-degree murder. After Dunn was sentenced to life without parole, Davis’ parents held hands inside the courthouse with family members and friends, thanking God for giving Jordan the justice he and his family fought for, for almost two years.

In the movie, Davis’s murder was compared in similarity to Trayvon Martin’s murder. Both teenagers did not break the law, but argued with white men, and were killed for exercising their first amendment rights.

Throughout many decades, African American rights have been slowly given to them but neglected by our government. This was not the first time, and isn’t the last time, an African American boy has been killed. It was discussed in the film that if Davis were a caucasian teenager this wouldn’t have happened and Dunn would have argued but never to the extent in which it led to.

Towards the end of the film, there was a recorded phone call from Dunn to his fiance. His words were, “I am the f****** victim here … Maybe he would have killed someone if it wasn’t for me.”

This was one of the most upsetting part of the movie. Many viewers at the Grand Rapids Celebration Cinema North March 6 premiere found Dunn’s words disturbing.