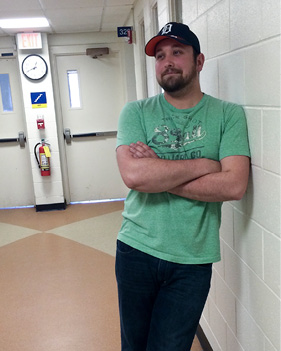 “I don’t know where my life would be without her (girlfriend). Not only, you know, companionship, she’s just a wonderful person, she cares, she really cares. That was one of the things that really drew me to her. When we first met (6 years ago), and even now, she still does but not quite to the capacity that she did, she very much believed in things, she was very impassioned about a lot of things. Really, she cared. She was in demonstrations and protests. That’s one of the things that really drew me to her, I’m very laid back and it’s not that I don’t have beliefs. Sometimes it’s hard finding that motivation to really act upon your convictions, and she had that. I think that everybody should do that no matter what your beliefs are.”

Reporting and photo by Priya Kaur.