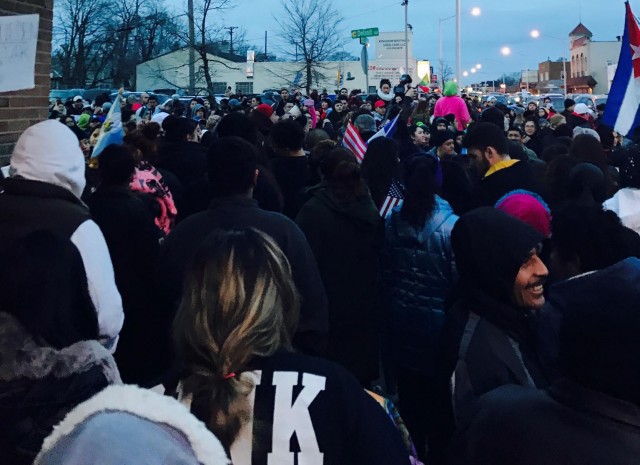 Our country has changed a lot, especially with the inauguration of the new President of the United States, Donald J. Trump. Many families of immigrants are now scared and worried about what our new president could do to them. My family know many people who are immigrants and are at risk of being deported. We have family and friends who could possibly be gone in the future. He has threatened to deport millions of immigrants and build a wall to separate the two countries. Families are now worried that someone may get deported and have their family be separated. While there are a lot of worries in the communities of immigrants, there is one good thing that has come out of this; a stronger unification. Many immigrants are now uniting together to stand against the negative actions of the government and people are standing together to show how they can overcome these obstacles.

On Feb. 16, many immigrants took a stand against President Trump and created “A Day Without Immigrants” or “Día Sin Inmigrantes.” On this day, immigrants and families of immigrants decided to show what a day in our country would be like without immigrants by not doing many things such as not going to work, school, and not buying anything. These actions are meant to show the country how big of an impact immigrants have on this country. Many people decided to participate, and I felt the need to based on the fact that my parents have been through the struggle of being immigrants since 1998.

My family is made up of immigrants from Mexico, and my parents and relatives have come to this country looking for a better way of life. This includes going to the struggles of adapting to a new lifestyle, learning a new language, being far from family, dealing with discrimination, and working tough jobs, such as jobs in the fields and in factories. However, they do this in the hope of a better life not only for them, but for their children as well. Immigrants have gone through a great deal of hardship, and it impacts me directly. Without them I would not be as fortunate as I am today. Without them, I would not have the same great education that I have, the opportunities available to me, or the blessings that I’ve had in my life. That is why I have decided to participate. I feel the need to represent not only my family, but the great amount of immigrants who have done the same as my parents.

The Grand Rapids community includes many families who are immigrants, and this protest has had a great impact on the community. Many businesses were closed, many people protested, and schools felt the impact in a big way. Some schools that have a big presence of immigrant families had a big impact on their attendance, with some schools having a low percentage of students attend school. Businesses with immigrant owners decided to close in support of this protest. Also on Division Street, there was a small march planned to voice the immigrants opinion. There was a big gathering of people who wanted to demonstrate how united the people were and voiced their support. During this, the people gathered and showed the people driving around that this is their country too, and held flags and posters for everyone to see. It was an incredible event that showed how united people can be if they are supporting a great cause. The atmosphere was incredible and we made our voices heard.

During these tough times, it is important for everyone to unite together and make this country better. Immigrants are just as important as citizens are to not only our community, but our country. It is also important to try to unite the people of our country instead of trying to get rid of a mass amount of people. The United States is a great country, but we should try to make it even better and unite together.