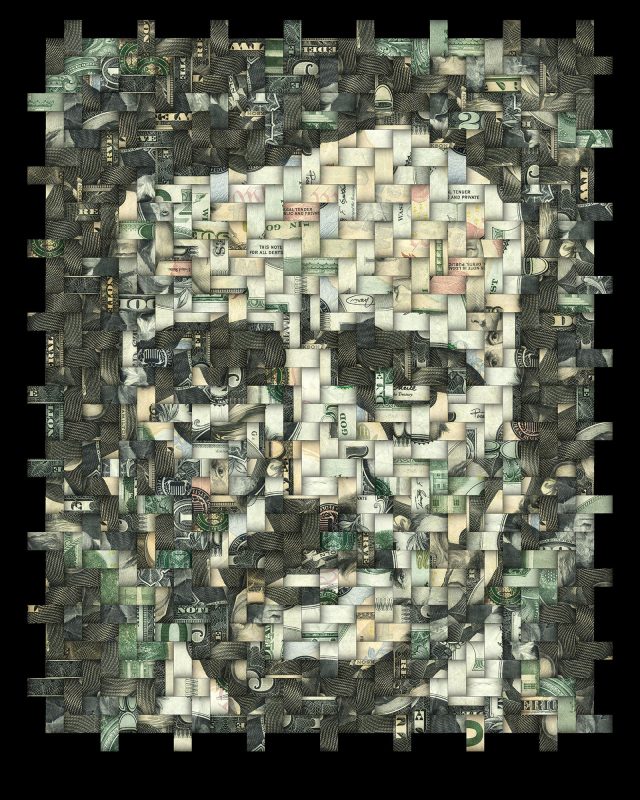 When going to ArtPrize, one would expect to see entries made of paint, clay, or fiber, but Eric Millikin’s ArtPrize entry is a bit different-it’s made entirely out of cut-up dollar bills.

Millikin, 44, of Royal Oak, Michigan, said that his inspiration for “Made of Money” was the issue of income inequality.

“I’ve done a lot of work based on social issues,” Millikin said. “I almost can’t do art based on money because ArtPrize was started by the DeVos family, who are very wealthy.”

Millikin has been involved in art his whole life.

“I can’t recall a time when I wasn’t involved in art,” Millikin said . “In the second grade, my classmates would ask me if I was going to be an artist when I grew up. I studied at Michigan State University and got a bachelor’s degree in fine arts.”

“I had been thinking about entering for nine years. The venue contacted me and asked if I wanted to enter, and I said yes.”

Millikin worked on the project for about a year.

“I tried to find ways to make it while wasting as little money as possible.”

Millikin said that if he wins, he plans to donate the majority of the money to various charities, and other artists.

“I’ve donated money to several organizations in the past, the NAACP, the Red Cross, among others,” Millikin said. “With the grand prize being $200,000, and with there being about 2,000 entries this year, I could give $200 to every artist if I wanted to. I would love to give back to the artists. But most importantly, I want to try to figure out the best way to spend it all while fighting income inequality.”

The greatest challenge that Millikin had to overcome was finding the best people to represent income inequality. He ended up going with Nikola Tesla, Hedy Lamarr, Edgar Allan Poe, Joe Louis, and Vincent van Gogh.

Millikin’s motivation to be an artist is to make the world a better place.

Millikin’s entry, which contains an original limited-edition fine art print,, is being shown at the PO (Art)Box, which is located at PO Box 230031, 120 Monroe Center St NW in Grand Rapids