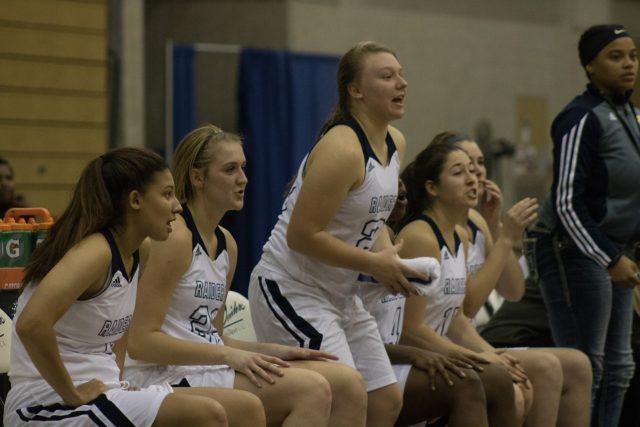 The Grand Rapids Community College women’s basketball team improves their overall record to 3-1 after two victories in the Kalamazoo Showcase this past Saturday, on Nov. 10-11 against Schoolcraft College and Delta College.

In their first matchup against Schoolcraft, the Raiders offense was on another level in their convincing 75-47 victory. Sophomore Forward Makayla Beld led the way for scoring 26 points off 72 percent shooting. She also had 14 rebounds, four blocks and three steals.

The Raiders held Schoolcraft to just 27 percent shooting from the field.

Against Delta, Beld once again led the Raiders with 21 points, while grabbing 12 rebounds. Teammates Jordan and Hailee Breimayer both finished in double figures with Jordan scoring 14 points, and Breimayer finishing with 15 points.

The Raiders will resume play on Nov. 21, at 5:30 p.m., against Calvin Junior Varsity, at the Ford Fieldhouse.