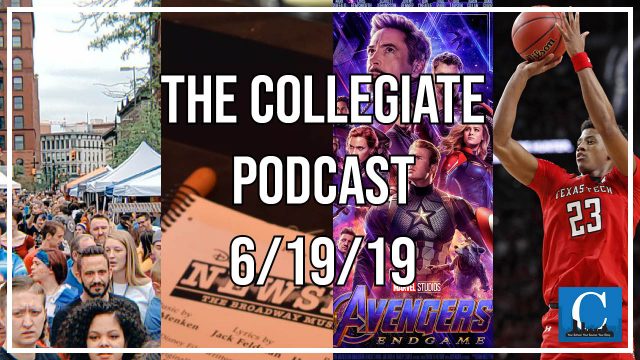 The Collegiate Podcast this week features discussion about “Newsies,” a musical being performed at the Civic Theater, Grand Rapids Pride Festival, the “Avengers: Endgame” planned return and the NBA draft. Lillian tells the group about the “Newsies” performance which featured several Grand Rapids Community College students. Tessa talks about her past weekend reporting on GR Pride along with her interview with “Free Mom Hugs” chapter leader Victoria Larson. Connor explains why he thinks Marvel fans will return to theaters for the re-release of “Avengers: Endgame.” The podcast closes with Connor and Paul predicting team picks for the upcoming NBA draft and pointing out players to keep an eye on.