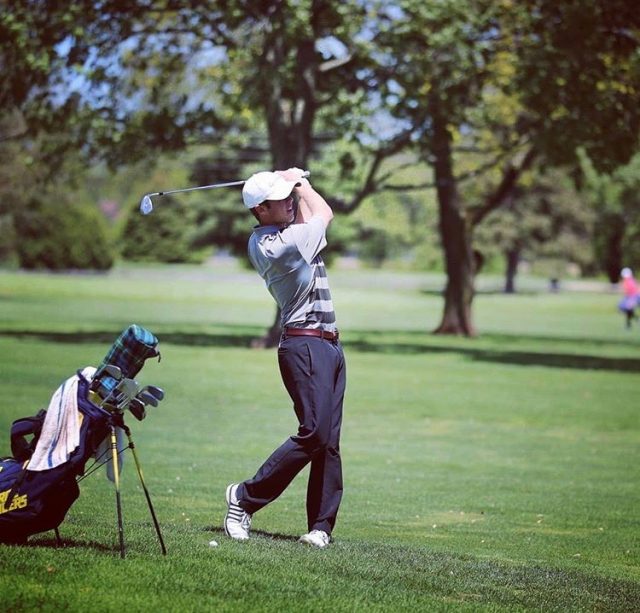 The Raiders took the green again Sept. 20 in their last chance to see all conference competition before the spring season, and they did not disappoint.

Grand Rapids Community College finished in a commanding first place with five of the Raiders’ golfers finishing in the top eight. This was not a surprise as Dominic Luciani and Cooper Bell stayed consistent with their low 70’s performances, but the star of this match was Tyler Hausserman, finishing atop all competition shooting a 72..

Hausserman’s mindset going into the match was simple.

“I just go into every match with confidence in myself and stick to my game plan.” Hausserman said. “I think what makes our team special is our love for competition and always trying to get the best out of each other.”

The Raiders showed great poise after placing second in the Muskegon invite earlier this spring. Luciani says it’s a statement round heading into the spring season.

“I think for sure it was a statement,” Luciani says. “The week before we had lost a close one, and we sat down as a team and had a conversation to make sure it didn’t happen again.” Luciani continues to give credit to the team’s success saying, “I thought our team did a great job on a course that few of us have seen before, our coach and returners did a great job helping us navigate the golf course which played a huge part in our success.”

Luciani said the pressure is on for the rest of the conference now.

“I think Muskegon and the rest of the teams from our conference understand how good we are and what we are capable of,” Luciani said. “I have a pretty good feeling they will be chasing us come spring.”

You can catch the Raiders Monday Oct. 7 in Ada where they will take on more competition and fight to keep the success going in their final stretch of the fall season.