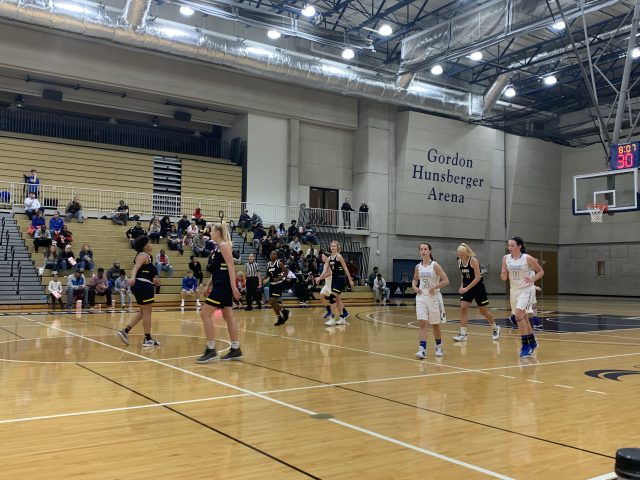 The Raiders are not starting off how they would like to this season, losing their second game in a row, allowing Aquinas JV to hit a shot in the final seconds that would ultimately lead to their 2nd loss on the season.

Coach Glazier saw some bright spots in the second game that changed from the first.

“Effort. Pure and simple effort. That first game, especially the first half didn’t show the effort that this team tends to play with. This game as a whole, much better.”

The women have a big grace period, with a 10-day break in between this game and the next and coach has plans for it.

“Get a little healthier, try to fine tune some things, work on our execution, we are not near where I want us to be from an execution standpoint.” Glazier said. “We will give them a day off in there and then it the same squad, we are playing Aquinas again so we will get right back on the floor against them.”

The Raiders were led in scoring by freshman guard Eurasia Green-Boyd with 17 points.

The women’s team will look to get their first win and take their revenge against Aquinas JV 5pm, Friday, Nov 15, at the Gerald R. Ford Fieldhouse. 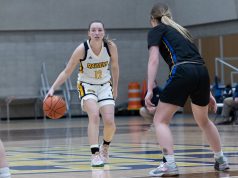 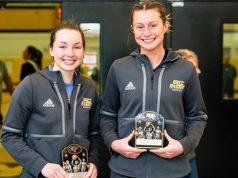