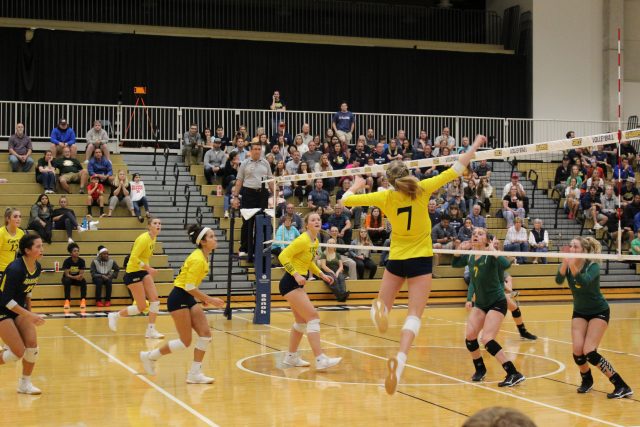 Sophomore Jasmine Wellet spoke on their excellent play throughout the tournament stating, “The tournament was awesome, energy is beaming the team. We are energized and ready to finish the season on a strong note with a finale that encapsulates our great season.”

They are now 30-6 overall with with an 11 game win streak. They are heading to nationals on a hot streak and have some to prepare before heading there.

Wellet spoke on if they feel prepared for nationals and how it feels to go stating, “Going to nationals is always a great feeling. It’s surreal, truly a feeling that’s unexplainable. Sometimes it’s hard to comprehend that we made it. I think we will be prepared for nationals with a strong week of practice. Everyone on our team has the capability of being on the floor.”

The Raiders will head to the NJCAA Division II National Tournament on Nov. 21st in Charleston, West Virginia.