As sports fans, it’s always fun to dream. To dream of your team being on top, the best in the league.

What happens when your dream becomes reality?

As a Lions and Tigers fan, 2012 could be the year we see the Detroit Tigers, who less than 10 years ago lost 119 games, and the Lions, who in 2008 became the first team to finish 0-16, finally bring home long awaited world championships.

Coming off a season where the Tigers finished a step away from the World Series, the Tigers made the biggest splash of the offseason by landing one of the league’s best left-handed sluggers, Prince Fielder.

Combine Fielder with Miguel Cabrera, Jhonny Peralta, Brennan Boesch, Delmon Young, and the quickly improving Andy Dirks, and you have one of the most feared line ups in baseball. 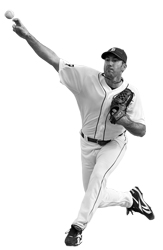 The starting pitchers for the coming year will include Cy Young and MVP winner Justin Verlander and the young, inconsistent Rick Porcello, but beyond lies the deep realm of inconsistency.

If there is a weakness to the team, it seems to be the back end of the starting pitching staff and the set-up men in the bullpen. Al Alburquerque, Joaquin Benoit, and Jose Valverde should be back again, but there is still a level of inexperience to the bullpen.

The answer to these pitching woes? Prince Fielder and his close to 40 home runs and 120 RBIs.

My prediction for the Tigers? The Detroit Tigers win the World Series in six games against the Philadelphia Phillies.

What about the Lions? Is the roar officially restored?

Led by Jim Schwartz, the team will bring back the offensive firepower of Matthew Stafford, Calvin Johnson, Titus Young, and the late emerging Kevin Smith.

Simply put, this team should put up offensive numbers the league hasn’t seen since the St. Louis Rams and the “Greatest Show on Turf” back in 1999-2001.

Critics and fans agree: for the Lions to get to the next level, improvements need to be made to the defense.

The correct steps have been taken to shore up the issues with the defensive line by drafting Suh and Fairley and adding Vanden Bosch and Avril, but questions about the linebackers and the secondary continue to surface.

You can’t win in the NFL if you can’t slow down the run or stop the pass.

It’s time for the Lions to use the draft and Free Agent market to fill in the holes.

Safety Louis Delmas is a nice player with playmaking ability but after him, things get shaky.

Despite the improvements, many questions will still need to be answered before the season begins.

The Lions appear to be one more year away from the ultimate prize, but a deeper run in the playoffs appears possible.

The Lions will again finish second in the conference at 11-5 – behind the Packers – but will advance to the second round of the playoffs.

With the Detroit Pistons currently in the NBA cellar, Detroit fans will have the Red Wings to enjoy until spring when training camp rolls around, and we can again flock to Comerica Park and Ford Field.