The Raiders found themselves short-handed with four players not suiting up due to injury. They recently lost their leading scorers, freshman guard Stephanie Stephens and sophomore forward Katie Mitchell, to season-ending ACL injuries. Stephens was averaging 15.9 points per game. Two other players did not suit up for the game, but Head Coach Tracy Little declined to comment further.

“Stephens is irreplaceable. She’s a great student-athlete, she works hard, and she is a leader,” Little said. “I don’t think it’s fair to say we need someone to replace her. We are looking for someone to step up and fill that void.”

Despite being short handed, the Raiders competed in a physical game against the Bruins.

In the first half, the Raiders and Bruins battled back and forth, trading baskets nearly every possession.

Bruins forward Janeesa Jamierson set the tone leading the team in scoring with 11 first half points. A late three pointer by the Bruins in the final seconds of the first half gave the Bruins a 31-28 lead going into halftime. Freshman forward, Danielle Harrison led the Raiders with eight first half points.

In the second half, The Raiders shut down Jamierson holding her to only two points in the second half. Much like the first half, the game was closely contested with both teams trading baskets.

With six minutes remaining, Bruins guard Jackie Harwood hit a three pointer to tie the game at 50. The Raiders committed crucial turnovers and failed to execute at the free throw line in the following two minutes, which gave the Bruins momentum and they held on for the three point victory.

The next game is Feb. 8 at Gordon Hunsburger Arena in the Ford Fieldhouse against Glen Oaks Community College. Tip-off is scheduled for 5:30. 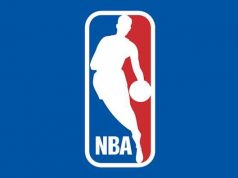 NBA pushing towards return of operations

Unmasked: The ridiculous resistance to requirements of wearing a mask