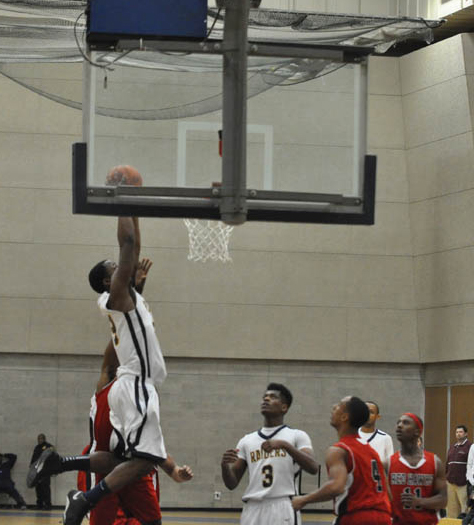 The Grand Rapids Community College men’s basketball team was defeated by Moraine Valley in the first round of the NJCAA National Tournament 73-68 Wednesday afternoon in Danville, Ill. The lost snapped the Raiders’ 10-game winning streak, putting their record at 21-9 and ending their hopes of winning a National Championship.

The game was even throughout, with neither team giving an edge. The Raiders led by four points late in the game, but Moraine Valley answered back and took the lead and never gave it back. The Raiders missed their final two shots and Moraine Valley ran out the clock.

“It was a good game, and our kids played hard, but we just couldn’t get over the hump,” Head Coach T.J. Carnegie said. “We had some lapses on defensive and a lot of shots we usually make just didn’t fall.”

The Raiders are out of play for the National Championship, but they will play a double elimination game tomorrow. Their opponent has yet to be determined.

If the Raiders win, they will advance and will still have a chance to finish ranked seventh in the Nation. A loss tomorrow would end the Raiders’ season.

“We have to have a short memory and get past today,” Carnegie said. “We need to heal up and put today behind us and see if we can get back on track tomorrow.”