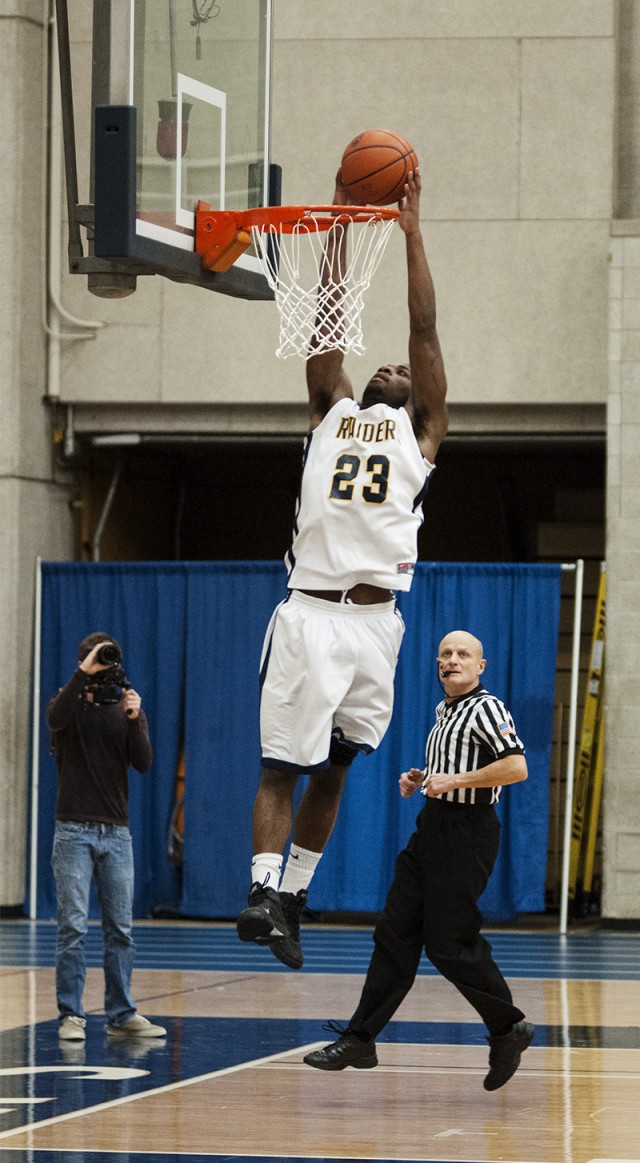 With the win, the Raiders finished the regular season with the second seed in the tournament and earned a home game Tuesday.

The Raiders lead 26-23 at halftime and outscored the Red Hawks 43-28 in the second half to pull away. The Raiders used their defense and their speed to overpower the Red Hawks.

“We picked up the intensity in the second half,” Head Coach T.J. Carnegie said. “We both have different styles of play. They want to slow the game down, and we want to play high tempo, so when those styles clash, it’s going to be tough. We played at their tempo in the first half, and we can’t do that.”

The Raiders ended the regular season 18-8 including winning eight of their last 10 games. The Raiders played five top 25 teams this season, which should help them during tournament play.

“We played a tough schedule this year and it’s starting to pay off for us,” Carnegie said.

The streak is the longest streak for the Raiders this season.

“The guys are just starting to come together at the right time,” Carnegie said. “They’re starting to understand what we’re trying to do as a team.”

The home game may be an advantage for the Raiders as they are 11-2 at home this season. The Raiders haven’t fared as well at away games this year, ending the regular season 7-6 on the road.

It is unclear who the Raiders will play on Tuesday, but they are not looking ahead even though they are on a winning streak.

“Streaks can play tricks on you,” Carnegie said. “They can lead you to believe you’re better than you actually are. We’re going to embrace every game the same and try to be the best team on Tuesday.”