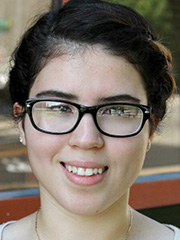 Recently, I went and listened to Jose Vargas, a successful and well-known journalist, speak on the topic of illegal immigration as one of Grand Rapids Community College’s Diversity Lecture Series. I was so inspired by his words that I felt compelled to write a column about my own views on immigration as well.

“No human being is illegal.” This is one of the many arguments Vargas made in particular that strongly resonated with me. Another is the idea that there is more to immigration than people know. “Immigration is stories, courage, dreams, and reality.”

So, what does it mean to be American? I would like to take a moment and just set politics aside as I discuss what I sincerely believe living in America symbolizes. Being an American represents freedom. It means having the right to feel safe in your own home, and even having a place to call home. It means having the liberty to worship whoever you want, or the choice not to. America signifies diversity. And it is in this diverse country that people are given more of a fighting chance to better themselves and to succeed in this beautifully frightening struggle we call life.

Before I was born, my dad had been coming and going from Mexico. He was constantly working and sending money to my mom back home in Guanajuato, Mexico so that they could provide for their six children. My dad would spend weeks, even months on end working. Although they were only a phone call away, he missed his family immensely. Back home, my mom also missed her husband, and my brothers and sisters needed their father. My parents, both of whom grew up with barely enough to go around, saw no future for their children in their small little rancho. Although they loved their home, their friends, their family, and their country, they always saw themselves going to America for a better future. It was, as one might say, an inevitable fate; destiny almost. So, my dad finally made the decision to bring his family to the United States and soon after, my twin sister and I were born. While I do not know exactly what it is like to leave your own country behind and move to a new unfamiliar place, I do know of the sacrifices made to get there.

It is said that America is the land of opportunity. And in many ways, this rings true. After all, isn’t the American Dream about the opportunity for freedom, prosperity, reinvention, and education; regardless of where you started? We cannot forget the Human Dream. I believe every human being is entitled to the right to live freely, the right to be happy, and the right to love. However; there are many undocumented immigrants being robbed of these rights because they live in fear. They deserve more than that. For just a second, I ask you to view immigrants not as a “political issue”, but as the human beings that they truly are. They are just like you and just like me. We are all humans and I refuse to look at them as some problem we need to “fix”. In the end, we are all living the human experience and we are all simply trying to survive.

I am and forever will be grateful for the risks and sacrifices my parents made to come here and to get my family to where we are today. Without coming here, my parents could have never dreamed of sending us to college or even of living the life that we do. We are truly blessed, and for that I am not ashamed. I am a product of immigration and I am proud of it.