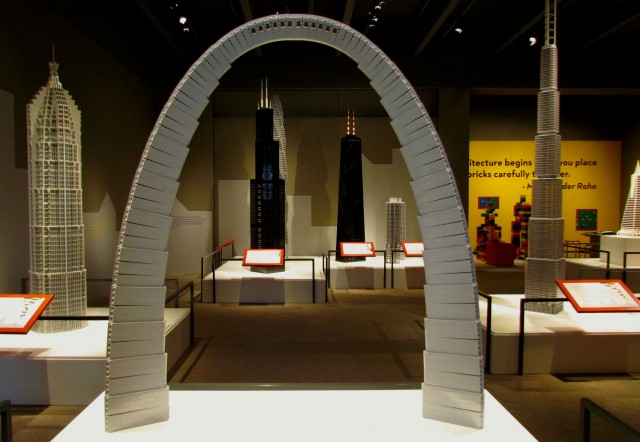 Chicago native Adam Reed Tucker, opens his exhibit “Dream it, Build it,” at the Grand Rapids Public Museum today. The exhibit includes 13 LEGO brick recreations of some of the world’s most well known pieces of architecture.

Tucker’s exhibit has been touring museums in the United States for the past four years, staying at museums for six months at a time.

In 1996 Tucker received his degree in architecture, and from 1996 to 2006 he worked as an architect in the Kansas City and Chicago areas. Eventually his work dried up.

“I went from three million dollars worth of work each year to a thousand dollars, and couldn’t survive, so I closed up the business and I just started playing with the LEGO bricks to see if I could create sculptures and different architecture of the world,” Tucker said.

He picked each piece he created for the exhibition because of its significance it has to him. “I just picked the buildings I wanted to do. That is the beauty of being an artist.”

He works with LEGO pieces that you could find in any normal set, and nothing is glued.

“Dream it, Build it” opens today and runs through July 31. Today there is a meet and greet at the museum with Tucker at 3 p.m. that is open to the general public. The event is free for museum members, and $3 for non-members.

As part of the exhibit, Tucker will be creating a scaled model of the public museum, and will also be coming back on April 9 and 10 to complete a model of the White House.

For more information on the exhibit at the museum, visit grmuseum.org/lego