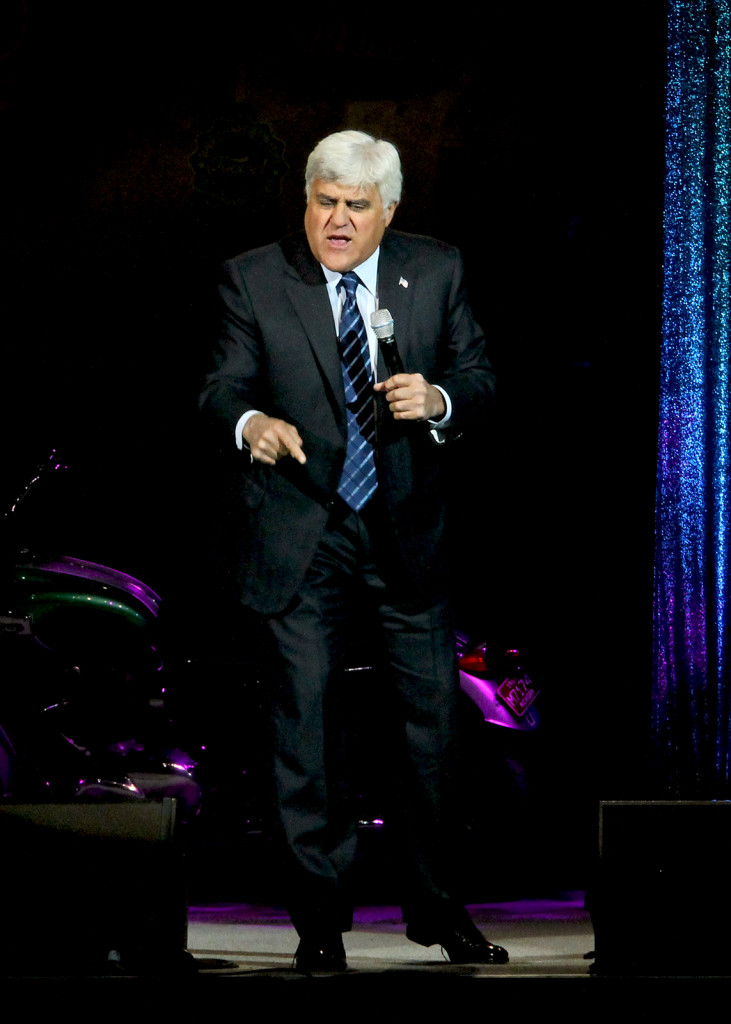 Leno, who has been on television as a late night talk show host and comedian since 1992, and retired from his popular show “The Tonight Show with Jay Leno” in February. The Grand Rapids crowd was absolutely thrilled to see him.

When Leno walked out on to the stage, the announcer said, “Lets give a big furniture city… or better yet a warm beer city welcome to Jay Leno!”

Leno opened his act with talking about how Americans are reacting to the overall obesity rate in the country. “Scientists now believe obesity may not be caused by a virus, but over eating…shut up!”

Leno also said “Disneyland closed the ride “It’s a Small World” to make the seats bigger…it is no longer a small world!”

Leno talked about how Americans constantly need more food. “There is an app that tells you whenever you are low on something in your fridge…do we really need this?”

Leno is a huge fan of cars. In his spare time, he enjoys working on his collection of classic cars and motorcycles. “Have you seen the smart car? What a cereal box that is. I was driving one the other day. And I thought I hit a wall. It was the curb!”

Leno talked a little bit about what confuses him about some people in the dating scene. “A priest married a woman from his congregation. Do priests use the same corny (pickup) lines as everyone else? …’I must have died and gone to heaven!’”

He also took shots at current politicians. “Hillary Clinton was given a very prestigious award by the Elton John Foundation. She was voted the future president most likely to look like Elton John.”

“Men like having dogs because it is not manly to go out and look for the cat…have you ever looked for a cat at night? You look like some sort of pedophile. You are looking in people’s bushes and you always make the stupidest noises. ‘Smooch smooth come here little kitty’…like a cat is going to stick to the main roads.”

“Everything women hate about a man, they love about a cat. Cats can just leave for days at a time. And when they come back, they are still loved. What guy can do that?”

Leno went around and asked some members of the audience what they do for a living. “What do you do sir? …you make sunscreen?! Well you picked the right city for that! What have you sold, 12 bottles this year?”

He always made sure the audience was having a good time, and they were either for, or against him. “You can’t go ha ha, and then boo. Its either or!” 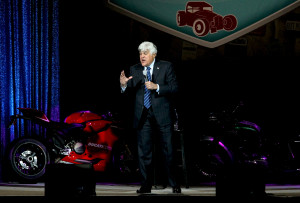 As he wrapped up his program, by saying “I only met Gilda a couple of times. She auditioned for SNL. She got it…I didn’t obviously.”

Although Leno is retired from “The the Tonight Show,” he continues to perform in front of live audiences and regularly makes appearances on college campuses around the United States, and in other venues.

Leno has two New York Times best-selling children’s books, “How To Be The Funniest Kid In the Whole Wide World (Or Just In Your Class)” and “If Roast Beef Could Fly,” as well as several other comedy related books.

Leno was born in New Rochelle, N.Y., and raised in Andover, Massachusetts. He lives with his wife Mavis Leno in Los Angeles.

The signature event is the largest fundraising event during LaughFest each year.  All LaughFest proceeds go towards the free cancer, grief, and emotional health support programs offered through Gilda’s Club Grand Rapids.

For more information about Laughfest and Gilda’s Club, visit www.laughfestgr.org.

Sarah Davis contributed to this article.