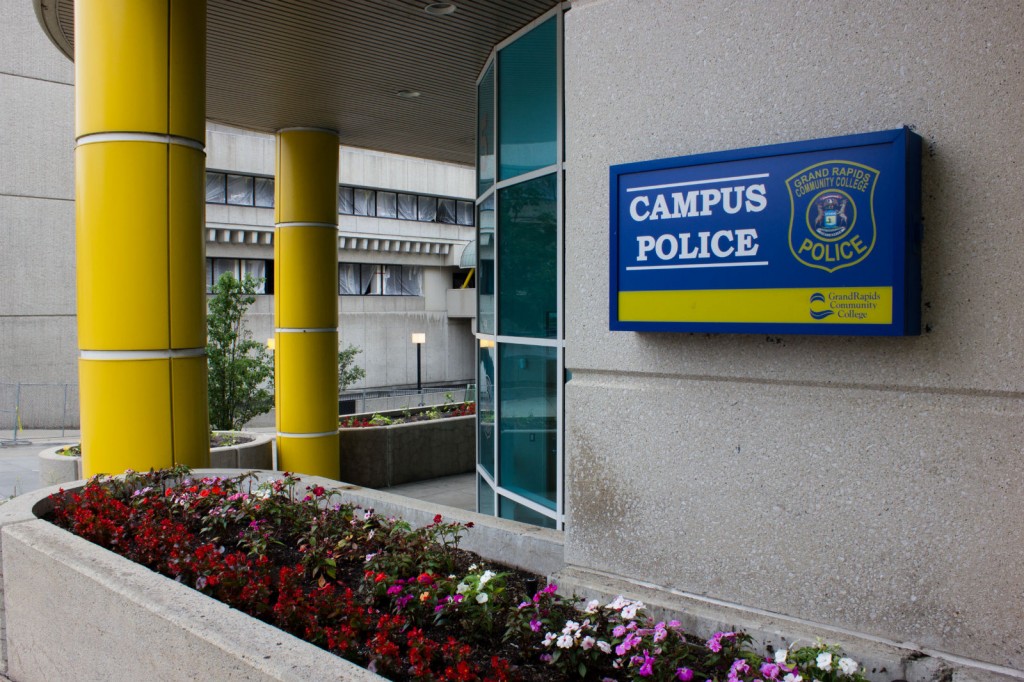 On Jan. 8 a vehicle slid on the ice and hit the brick wall that runs on the west side of Winchester Place. The subject who drove spoke with an officer on Jan. 13.

On Jan. 13 a red car in the Sneden student parking lot caught fire. Dispatch sent an officer to the scene. Smoke emanated from the hood of the car, and the officer used a fire extinguisher to put out the flames. GRFD arrived in the lot and took over the situation. The officer ran the license plate and contacted the owner of the vehicle. The owner purchased the vehicle two days prior and said the car had not seemed dysfunctional. The cause of the fire is unknown.

Outside the Mable English Building on Jan. 12 a Grand Rapids Community College employee slipped on the ice and landed on her back. The victim informed the arriving officer that neither her head nor her back hurt. The officer advised the Director of Grounds to salt the sidewalk. The victim did not seek medical assistance.

A victim of a fall, that occurred on Jan. 7, informed dispatch on Jan. 12. She had been walking past the Ford Fieldhouse and slipped on the ice and bruised her tailbone. She was wearing rubber soled shoes. Later that same day, she contacted her physician because of back spasms.

On Jan. 14 an officer on patrol walked past the Follet Book Store inside the Student Center and was informed of a possible theft. In an interview with a witness, the officer learned that a student had walked into the bookstore without a hat and exited with a GRCC Baseball Cap. The officer reviewed surveillance video and saw the suspect putting the hat on and walking out the store. The suspect had paid for other items with his RaiderCard before the theft. The officer gave the name and description of the suspect to all officers via radio. Upon sight, the suspect was confronted and brought to the GRCC Police Department. He was charged with third degree retail fraud and brought to Kent County Correctional Facility.

On Jan. 5 an officer was dispatched to the Lyon Street Parking Ramp in response to an elevator stuck between the first and second levels. Upon arrival, the officer pushed the button to call down the elevator, and it opened. The subject inside the elevator was not injured and said the elevator had stopped working once it had begun to rise. Elevator Service was contacted and fixed the issue.

In the Ford Fieldhouse on Jan. 8 a GRCC employee was walking on the first floor, when he turned and felt a pop in his right knee. An officer arrived on scene and was informed that the victim could not straighten his knee without severe pain. A GRCC trainer advised that he may have hurt his meniscus. The victim said he would go to a medical center for treatment.