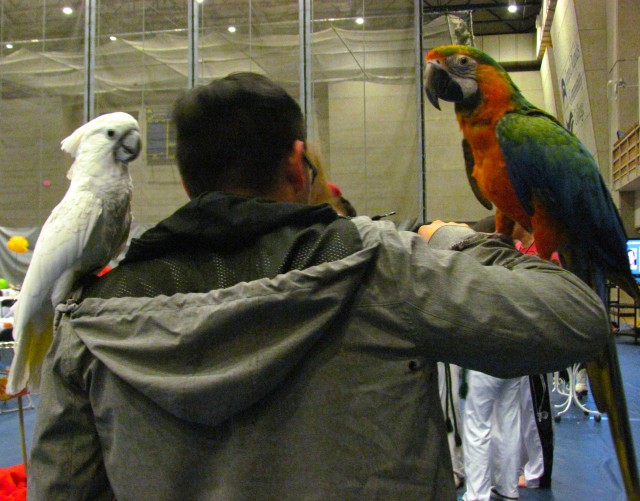 At Grand Rapids Community College’s Global Experience Festival on March 27, tickets sold out for the event within the first 30 minutes. The event attracted close to 500 people, which was quite a bit more than what the planning committee had expected.

Katherine Hughes, adviser of the International Student Union at GRCC, said they were thrilled with the event’s attendance, as well as the amount of alumni and current staff that were there.

“We sold out of tickets at about 6:30…we were still able to accommodate for everyone who showed up though,” Hughes said. “It is great to see the college’s community support us.”

Provost Laurie Chesley opened the presentation of the festival by discussing how she became interested in other cultures through her fascination with foreign language at a young age.  She said her fascination had made her more open minded.

Arielle Brown, President of Student Alliance and planner for the festival said she was very pleased with attendance and the amount of interaction she saw among guests at the event.

“There is always a little but of uncertainty, and you are wondering if people are really going to show up,” Brown said.

Food from Morocco, Japan and Native American cuisine was offered to guests.

Many attendees held parrots that had been brought in by the Casa la Parrot group. Halfway through the event a few students assisted the handlers in retrieving some parrots from the balcony of the Fieldhouse after the crowd had spooked them.

Performances were given at the event from several cultural groups in the Grand Rapids area. Among them were GVSU’s Capoeira Mandinga group, Chinese, Rwandan, and Tahitian groups danced.

The Asian Student Union President of External Affairs, Lam Luu, 24, attended the festival with his organization.

“This is better than it ever has been,” Luu said. “(The festival) has just never been this interactive.”