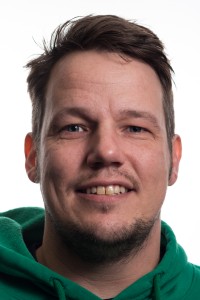 I loved being a class clown in school. Making a room full of my young, dorky fellow classmates laugh was the best kind of gratification. However, even with the years of experience being a class clown at Barton Elementary or my even more entertaining lunchtime antics at Del Vallejo Junior High school, I never once considered getting on a stage to make people laugh.

For one thing, all the friends I was making laugh in school were people I knew, people I was comfortable with. Standup, on the other hand, consisted of making a bunch of strangers laugh.

Guys and gals were getting up in front of rooms full of people that they had never seen before and making them laugh like they had known each other for 20 years. I wanted to try it, but was completely terrified of being booed off stage. It also didn’t help that some of the greatest comics to grab the mic made it look so intimidatingly easy.

There was one night while watching Richard Pryor Live at the Sunset Strip with my uncle Scott when I decided I would never be able to try standup. Most thirteen year olds would have more confidence, however most thirteen year olds are not slightly interested in being a standup comedian. The way Pryor was so flawless, I just could never fathom being that good.

Fortunately, the love for my class clown antics stayed with me through middle school to the point that my seventh grade English teacher, Mr. Riesland told me that he wouldn’t be surprised to see me on TV in the future opening for George Carlin.

Mr. Riesland did not understand the respect I had for him. Not only was he an adventurous rock climber, but he also had a great sense of humor. He constantly had the class cracking up. All the kids in that class looked up to him. So, when he told me he could see me doing standup comedy I had to make trying stand up a reality, and if for nothing else, for Mr. Riesland.

As time passed by, I slowly transformed into an introvert. I was very shy and enjoyed solitude on very consistent occasions. However, that didn’t change the fact that I wanted to get up in front of a room full of people and try to make them laugh. Knowing good and well that the chances of crashing and burning were not only likely to happen, but the humility would be a gut wrenching experience with uncomfortable silences due to forgetting a joke and blank emotionless looks on disappointed patron’s faces. An experience that would be a gut shot to my pride.

Finally on a rainy Sunday in April of 2009, I decided to try my luck at standup in a hotel lounge in Grand Rapids. In preparation for this momentous occasion, I isolated myself in the basement of the house I was renting in East Grand Rapids.

In my basement I paced around all day going over what I wanted to talk about during my set. Topics included the alarming amount of hot chicks working fast food, my girlfriend peeing with the door open, and finally, how my then girlfriend dumped me for checking out hot fast food chicks. I know, ground breaking stuff.

I had never felt more anxiety in my life than I felt on that Sunday. I was accompanied by nausea and the feeling of butterflies, in fact, it felt like butterflies were vomiting in my stomach. The anxiety got uncomfortable to the point where I thought about canceling. In fact, I had to stop myself from emailing the host of Sunday Night Funnies, Brian B. three different times to tell him that I couldn’t make it. What kept me from canceling was the disappointment I knew I would feel toward myself if I wouldn’t have followed through.

Unfortunately my worst enemy that terrifying Sunday, was myself. I was confident that I could make a group of people laugh, however, I was also confident that some groups of people, like people who don’t share my sense of humor, can be savage. I know this because I have been one of those people who sit in the crowd judging a comedian who is on stage struggling. I figured that that Sunday night, sitting in that crowd, would be a bunch of people just like myself, judging harshly. One person who I knew would judge harshly was my then girlfriend. Thus, I asked her not to go.

In fact, I didn’t invite a single person. I was so sure that my performance would go bad that I didn’t want anybody I knew from work or wherever to see me. A couple friends who texted me about the show I never replied back to. Even my brother, Chris, wanted to show his support, but I asked him not to go, as well.

Maybe the scariest part of that entire Sunday night was the fact that I thought the show started an hour later than it actually did. Consequently, when I arrived to the hotel lounge, the show had already started. I was to go on after the comedian who was already on stage. I got really weak in the knees when Brain B. told me that I was up next. I quick walked to the bar, ordered a beer, and then sat at a high table in the back of the lounge going over what I was going to talk about.

I had never consumed twenty-two ounces of beer so fast. As I tried going over my jokes in my head I couldn’t help but gaze upon the crowd. They didn’t seem like jerks. They were listening to the comedian on stage. Were they laughing? Not hysterically, but they were giving him their attention. Finally my nausea reminded me that I needed to concentrate on my jokes. My nerves however, were making it hard to remember them. The comedian on stage, I cannot remember his name, told the crowd they were great, then got off—my turn.

I don’t remember much from being on stage. The first minute was very vague. What I do remember was a woman in a red blouse sitting up front nervously as I talked about flirting with the hotties that worked the night shift at the 28th street Taco Bell. I also remember getting a couple laughs when talking about my girlfriend peeing with the door open. I also had a dude agreeing with me that women should stop getting too comfortable too quick.

The most important thing I remember however, is the smile I had when I walked off stage. I wasn’t smiling because I was finally done with the terrifying experience. I was smiling because I actually got the nerve to get on stage and it didn’t go awful.

I sat through the rest of the show, grinning from ear to ear. Doing that one show gave me the confidence to sign up for more and more open mics throughout West Michigan. In doing so, other great opportunities presented themselves. Opportunities like Gilda’s LaughFest.

The biggest victory however, was finally getting up the nerve to try standup comedy. From that experience I have obtained self-esteem, a vast group of amazingly talented friends, and unique opportunities that a lot of people do not get. If you’ve ever been interested in trying standup, I would highly recommend giving it a shot. It was one of the greatest decisions I ever made.