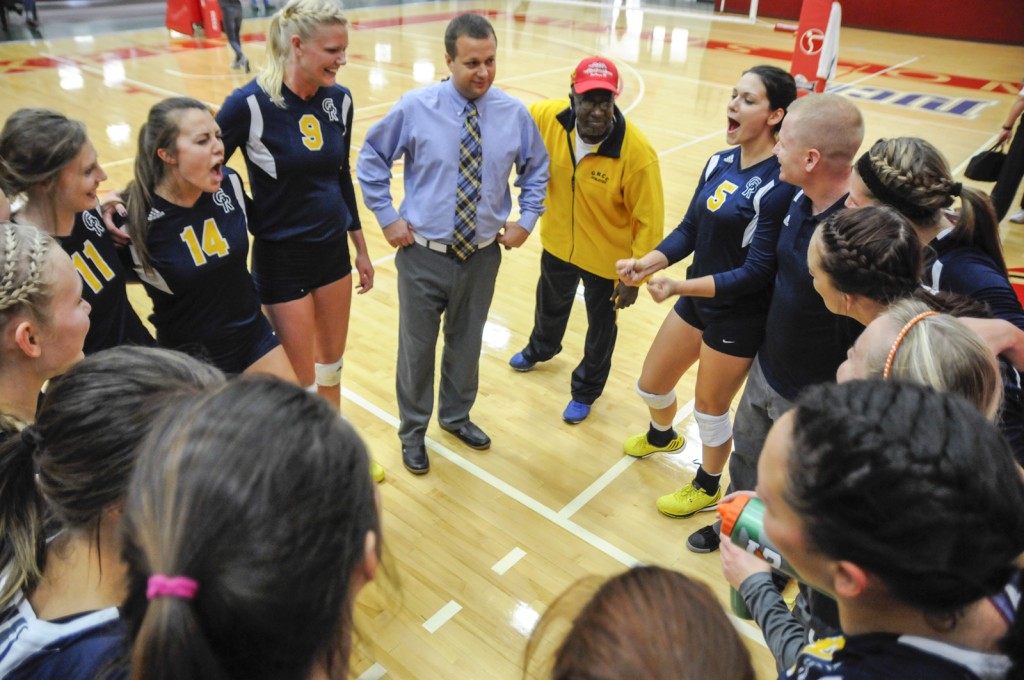 Chip Will, who has led the Raiders through multiple postseason runs in his eight years at GRCC, was suspended for an offseason activity violation.

National Junior College Athletic Association coaches who get a player to sign a letter of intent may not have any contact with that player until Aug. 1 and according to GRCC officials this rule was violated.

New GRCC Athletic Director, Orletta Caldwell had no comment when asked about the incident, because the suspension predated her hiring and former AD Charlie Wells could not be reached. Tina Hoxie, Dean of Student Affairs, works with the athletic department as one of her many duties.

“Someone reported contact with a player,” Hoxie said, though not explaining who that person was. “Once the school found out, we self reported to the NJCAA.”

NJCAA officials could not be reached over the the holiday weekend, but the Michigan Community College Athletic Association confirmed the suspension.

Tom Shaw, President of the MCCAA, was unclear of specific details, because the NJCAA handles all disciplinary actions, but he was aware of the situation.

“I heard that the NJCAA had made rulings on self-reported infractions,” Shaw said. “Other than that I don’t know the specifics.”

Although details are still not clear, Will has not been on the sideline for the first nine games of the season and the Raider’s are 3-6 during that time.

Chip Will could not be reached over the weekend, but a follow-up is planned later this week after a scheduled interview with the coach.