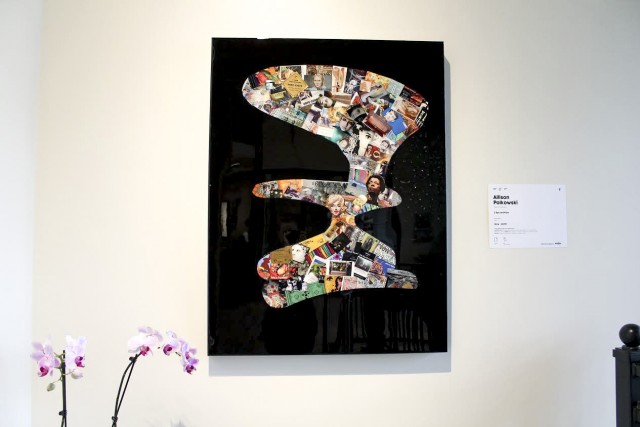 Allie Polkowski, 19, a student at Grand Valley State University, may be considered quite young in comparison to the other ArtPrize artists, but after six years of attending and admiring the event, this year will be her first as an artist in the competition.

“The piece is actually very significant to me because I’ve collected these cards over six years,” Polkowski said. “I really wanted to commemorate to the public not only the evolution of ArtPrize throughout our city, but how many art pieces remain unseen.”

Polkowski hopes that people can recognize some of the art from the previous years.

Even though Polkowski is studying health sciences, she enjoys expressing herself through many different types of mediums to relieve stress and showcase her emotions. Polkowski said while growing up, there were some artists in her family who influenced and supported her along the way.

Polkowski’s evolutionary piece of art is being showcased at 98 East Fulton St. in the Acton Institute lobby.