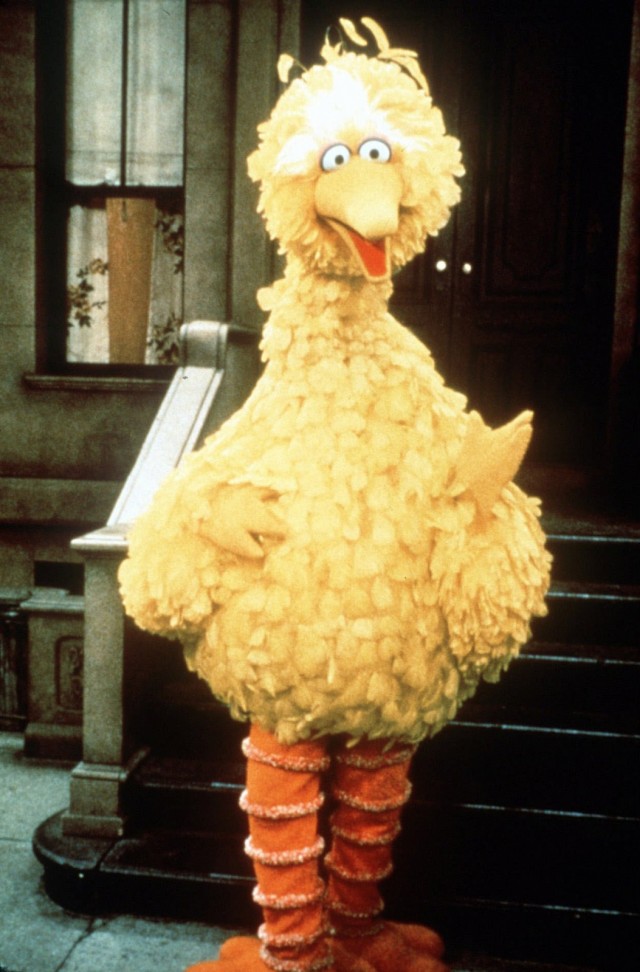 When “Sesame Street” debuted in 1969, Big Bird was the first puppet character kids saw on-screen and the man inside was puppeteer Caroll Spinney.

As one of the headliners at this year’s Grand Rapids Comic Con, Spinney signed autographs and took photos with fans at his booth and held a 45-minute question and answer session on the main stage.

Spinney, 81, still portrays Big Bird and Oscar the Grouch after 46 years and recently signed a contract that would keep him on the show into its 50th year. The documentary “I Am Big Bird: The Caroll Spinney Story” follows Spinney on his journey with home video shot by him and his wife, Debra. It took the filmmakers quite a long time to sift through it all.

“We had so much video that they took two and a half years to review it all, and they picked what they wanted out of it to tell the story,” Spinney said.

As a young boy in the Boston area, Spinney saw a puppet show and has been enamored with the art form ever since. He thought it was “the greatest thing” that they could tell stories with just the puppets on their hands. When he found a puppet at a rummage sale, he began performing for other children in the neighborhood.

Spinney’s artist mother encouraged his craft, helped him build other puppets, a puppet theater and was even his first scriptwriter.

“She didn’t realize she was giving me my career,” Spinney said in the film. “She was a great mom.”

After a stint in the Air Force, he made his way back to Boston and eventually hit it big on the local version of “Bozo’s Big Top.” In August 1969, while working on that show, he went to a puppeteering festival because he “wanted to do something more important.”

During the festival, he met Jim Henson.

Spinney was scheduled to perform and had a stage all set up for his act with a film to be projected on the screen behind the puppets.

“The curtains open and to my horror, I can’t see the screen,” Spinney recalled in the film. “I look up and there’s this spotlight that I’d not put on and it was washing out my screen so extremely that I couldn’t stay in sync. There was no point in going on, so I walked between the light and my screen and started pantomiming pulling my hair out.”

Henson visited Spinney in his dressing room after the show.

“I liked what you were trying to do,” Spinney recalls Henson telling him. It was then that Henson invited him to New York City to work for the Muppets on a new project that would become “Sesame Street.”

According to former Muppeteer Frank Oz, Spinney was almost too concerned with doing good technical puppetry and not focusing on character.

“I felt bad for him that he was not committing to the characters enough because he was in awe of Jim,” Oz said in the documentary. “I think he didn’t fulfill his whole talent at that point.”

When “Sesame Street” began, Henson saw Big Bird as a country yokel. After the first batch of episodes, Spinney changed the character to that of a perpetual kid. It was just what the show needed and Big Bird and Oscar were “all over the show.”

Big Bird was the first breakout star of the show. His merchandise was flying off the shelves just as fast as Elmo merchandise did in the 1990s.

Muppeteering is usually a collaborative experience, but both of Spinney’s characters are much more of a solo act. As Oscar, Spinney crouches behind boxes with his arm inside the puppet sticking out of the trash can. Big Bird is a much more complicated puppet.

Spinney wears Big Bird’s legs and must be helped into the top half of the puppet by at least one other person. While inside, his only outlet to the world is the monitor strapped to his chest that sees what the camera sees. His right hand is stretched upward into Big Bird’s neck to perform his mouth, using his pinky to control the eyelids. Spinney’s left hand works the puppet’s left wing and the right wing moves by virtue of a monofilament that mirrors his actions.

Despite the solitary nature of his performance, Spinney was a favorite with his co-workers, but he often butted heads with the late “Sesame Street” director Kermit Love. The original reason for their animosity has been lost to time, but looking back Spinney said the rivalry made his performance better.

“I really feel that the best director for Big Bird was him,” Spinney said in “I Am Big Bird.”

Sonia Manzano, who has played Maria since 1971, announced earlier this year she will be leaving “Sesame Street.” Her first scene was with Spinney as Big Bird in Big Bird’s nest and she was quite nervous. The veteran actor recounted his advice for her.

“Don’t worry about it, just think of us all by ourselves and that camera represents millions of people watching you,” Spinney joked.

Spinney said Manzano will be missed around the set.

For college students who might be uncertain about what they want to do with their lives, Spinney had some particular advice.

“Try to do what (you) know about, excited about, but also see if it’s original in itself, too,” Spinney said. “Excitement and discovery is a good way to go.”

“I Am Big Bird” is available on Amazon Prime Video, iTunes, and Google Play.