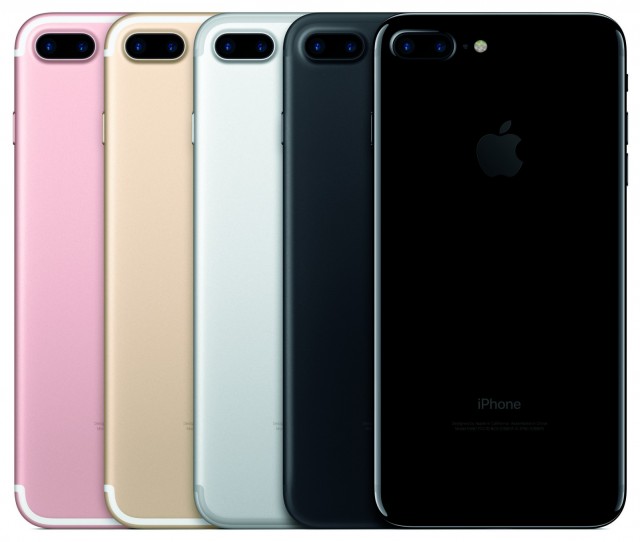 Apple’s new iPhone 7 and iPhone 7 Plus are officially released as of today, but most Grand Rapids Community College students aren’t interested in buying one.

While several admit they are fascinated by the new advanced camera system, longer battery life, “immersive stereo speakers” and the first water and dust resistant iPhone, most GRCC students are going to pass on Apple’s latest phone release.

Of the 10 students interviewed, eight said they weren’t interested at all in buying the new technology. For one, cost is a factor , with the iPhone 7 starting at $649, and the iPhone 7 Plus at starting at $769 (both prices are off contract). But another and perhaps the most popular reason why students are looking to pass is Apple’s other latest invention: AirPods, which are wireless headphones that cost $159.

Despite this description, most students are still reluctant to make the purchase.

“(Headphones) are very essential to me,” Sean Elsenbroek, 20, a junior from Grand Rapids, said. “I need headphones, not this wireless (trash).”

Sean Murphy, 19, a sophomore from Cedar Springs, said that he knows for sure that he would lose the wireless earbuds almost immediately and therefore is refusing to buy them.

“(The AirPods) are stupid,” Murphy said. “They’re not going to be that high quality. The whole fact that there’s no headphone jack is absolutely ridiculous.”

Murphy added that his lack of interest in the new products stems from the fact that he recently purchased an iPhone 6S Plus, thus giving him no reason to upgrade to the next newest product. But regardless of his opinion on the AirPods, he does believe that the iPhone 7 has some interesting, worthwhile features.

“The new camera is really impressive, I think it looks really cool,” Murphy said. “The fact that it’s water resistant is nice, but at the same time, I’m cautious about bringing my phone around water anyway.”

Matt Schullo, 20, a sophomore from Grand Rapids, likes the new camera feature, but like most of the students who were interviewed, he’s very reluctant to make this purchase. However, while most of the students are worried about how their music experience will change, Schullo’s biggest concern revolves around the new phone’s overall durability.

“The glass (screen) isn’t really durable,” Schullo said. “I’m not really an iPhone person, and with all iPhones the glass is so easy to break.”

He added to the popular opinion of dislike towards the new style of headphones, saying that he “sees the point” but that Apple “should make a wireless chargers before wireless AirPods.”

He also said that he sees why the company is starting something new and that he understands that they’re trying to be more innovative.

“I do like that they’re taking a chance and trying to advance technology despite popular opinion,” Schelhaas said.

So how does this new product benefit college students overall? For the very few students who were interviewed who said they did in fact want to buy the phone, Tania Gray, 18, a freshman from Grand Rapids, talked about the need to stay connected, especially in a college environment.

“I’m new here, so having a phone helps a lot,” Grey said. “I can easily contact someone if I miss class or need to know how to get somewhere. It’s definitely a benefit to all of us.”

Schelhaas agreed, saying that any smartphone, not just an iPhone, is beneficial to a college student’s education.

“Any smartphone really provides a work space in your pocket where you can send emails and write notes and documents, and get your assignments,” Schelhaas said.

Overall, it seems that the iPhone 7 and 7 Plus are getting a very unenthusiastic response with the majority of the student body. Time will only tell as to whether or not the students will eventually warm up to the new products.

While most people have been unable to get their hands on the product until today, some websites such as TechRadar and MacWorld have already been able to experience the product in its full effect before it was released today. Both sites have given lengthy reviews on what to expect from this new popular product, and the articles can be found on each individual website.