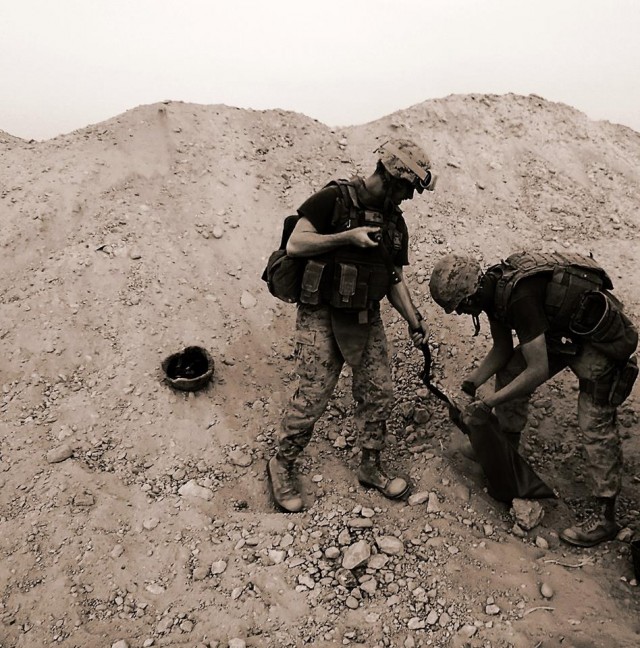 If you’re a veteran you know that re-meeting everyone once you finally came home was much harder than you expected. You may have gotten a taste of it while on that extend leave Gunny gave you; remember after two weeks of hanging out all day because you’re friends had jobs and you found yourself with that non-rate low regs shave? You’re ready for your flight back to the Jacksonville. Off the block.

By the time you’ve been in the Marine Corps long enough to rate leave like that you’ve either A: Deployed or B: Blew all your money on the Mustangs parked outside of the Driftwood before you could afford a plane ticket. Pick your place but to come that far you had already made it through a few months or years in the fleet, military objective service school, combat school/School of Infantry and the grueling 13 weeks of recruit training hellfire we came from. We did that together.

How many people had you met in those 9-17 months alone? Lets ball park over 3,000 exchanges of information somehow, let alone the training and rapid amount information absorbed environmentally. I came home to the same mom and dad, the same brother, the same girlfriend. My friends still had their priorities figured out but I had to meet their personalities again. I felt voided. I had decided to leave the Marines to study journalism and to work on a recent hobby, photography.

For months I didn’t want to find a find a job because I had just left a completely different lifestyle. Within months, my relationship had shattered. I was alone with my camera and a car. When you enlist you only are able to come home maybe every six months and we had adapted to this long-distance relationship, which drove us apart when I came home. Without a job and in a fog about my love life I couldn’t get out of bed and stayed in my house avoiding everyone. We, as veterans, went from high speed low drag go, go, go way of brotherhood to day after day in the first civilian battalion with civilian non-commissioned officers and staff. Luckily, I found a new way to work as a team by accident; with what I nicknamed “Disney Military.” I found a job at a summer camp.

I left the Marine Corps with an honorable discharge as a non-commissioned Officer. I had plenty of experience leading groups of people along with public speaking, from giving hip pocket classes or actual “death by powerpoint” presentations to staff. I would recommend a summer camp to any veteran. I spent my first summer at camp leading youth on canoe trips, survival classes and rock climbing all while installing core values similar to the Marine Corps of Honor, Courage and Commitment. Camp, like the military, shares a brotherhood among counselors. Coming together as friends and as a team works much better when dealing with 400 new children a week for three months.

Personally, I felt at home with the early revelry call, three hot meals a day and plenty of time outside. What I enjoyed most was how much joy I found in watching kids who were complete strangers at the beginning of the week on Sunday develop throughout the week. Many of them shy, some acting out others just plain kids. And for one week I let each one take a turn being the head honcho and would create team building obstacles and they would leave the following week with new lifelong friends. Each week reminded me of a small four year enlistment. Making the best of friends then going home. Somehow I felt better about my own experience.

Shortly after my first summer of camp I decided to move to Grand Rapids where, running out of money, I rented a room and worked in construction with the heavy equipment licenses I obtained in the Marines. I spent the first months painting the many stories of the Spectrum parking garages from 9 p.m. to 5 a.m. every night. My roommates were med students around my age, average college guys, and introduced me to the city. My photography business was growing and I made plenty of contacts from camp, forming a close ring of counselors in the area. In the military we forge strong friendships and I thought I would never have close friends like that ever again. Grand Rapids proved me wrong.

At times I’m right there again; I hear a helicopter or a jet overhead and my mind goes right back to Afghanistan. At school I find myself being hyper aware and ready for anything even while getting on the elevator heading to Subway on G2.

At school when I see a military backpack or T-shirt I attempt to reach out and at least share where we served or make a friend. Just because we have left the military doesn’t mean we have to be alone. The Marines made me into a better man and that man is here to further himself and help as many other brothers and sisters along the way as he can.