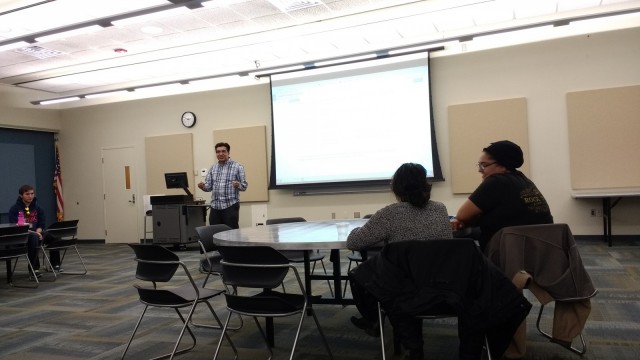 The idea of an “Indigenous People’s Day” was proposed at the latest Student Alliance meeting Thursday at Grand Rapids Community College.

“The purpose of this day is to recognize the accomplishments, achievements, and the history of native communities,” said Maleny Crespo, External Affairs Director of Student Alliance and who proposed the idea.

Crespo reminded students that the process of approving these kinds of proposals depends on the college leaders.

“For GRCC, (the idea) is presented to the student body,” she said. “They vote on it, if they vote yes, then the (student body) will also be in part of the process of editing the document and once we can agree on the wording, it will be presented to the Board of Trustees.”

Students then discussed the document itself and edits they wished to make, as well as whether or not they wanted to approve the proposal.

Some students were questioning if they should even have the day at all and were wondering about the potential controversies that may arise.

Several students wanted the opportunity to bring the idea back to their individual clubs to get more opinions before voting. The discussion was tabled, and students will vote on the proposal at the next meeting.

“The intention behind it isn’t to create discourse or to be controversial, it is just to recognize the oppression and hardships of native communities,” Crespo said.