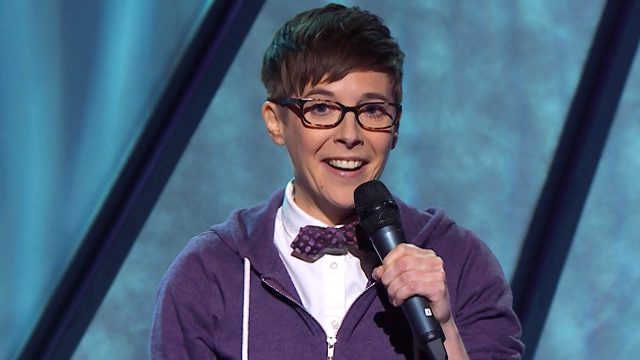 DeAnne Smith is a touring stand up comedian who has made her rounds in comedy writing, and made appearances on “Late Night Show with Craig Ferguson,” and “Last Comic Standing” on NBC. Smith will be performing at the State Theater in Kalamazoo Michigan tonight. Before her performance, the Collegiate gave her a phone call for a quick conversation.

How are you doing?

Great. I am currently sitting at home. I just got back from a seven-week tour of Australia.

It was really fun. I tend to go there almost every year now. I’ve been going for almost a decade. So I got a lot of fans there and a lot of friends at this point.

Do you have any exciting upcoming projects? What’s happening for you career-wise?

What’s happening career-wise? I’m excited to be coming to Michigan. Can I count that?

Things are great… after many years of being skeptical of getting a manager. I just got a manager in L.A. and we are gonna start working together and I’m working on some projects here in Canada. Yeah everything is going well.

What led you into stand up?

When I started stand up, I really wouldn’t have called it a career. Like I feel very lucky and happy that it turned out to be a career. I started out by – I used to write like humorous articles online. I really came from more of a writing place. I started comedy in Montreal and got accepted into a creative writing program.

I started doing stand up by writing. I grew up in Montreal and started to pursue a Master of Arts in writing then I just deferred that for a year and started doing open mics. And I discovered that I really – really loved doing comedy. So I kind of got into it from a writing point of view.

Yes, I mean – play is kind of generous. I used to play a few tunes on the ukulele. I actually haven’t picked it up in a few years. I got one and I didn’t plan on putting it into the act. It’s an instrument that very much lends itself to comedy.

If you could incorporate any other instrument into your act what would you choose?

Grand piano. Why not.

Or Violin. Do we know any violinist comedians? Whatever it is, I want it to be original.

We have a big local stand up community here in Grand Rapids. Any advice you’d give to people pursuing stand up?

The jokingly best advice is “quit, don’t do it.” Because if someone actually listened to that advice then they are probably not hearty enough to pursue stand up in the first place. I think that a true stand up would quit and still do it. That should only double their efforts to try harder. So that is quick joking advice.

But real advice would be get up on as many places as possible. Just do it as often as you can – and experiment. And also know that – the flip side of what we chose to do is stand up is so full of rewards and it is such a beautiful thing to do. But the flip side is that you have to learn by failing. Like with anything. But all your failures are public pretty much. You can’t be crossing and checking a joke alone in your bedroom without anybody there.

I’m kind of rambling. I guess I would say don’t be afraid to fail.

DeAnne Smith will be performing at the Kalamazoo State Theater at 8:00 p.m. tonight. For every ticket sold one dollar will be donated to Outfront Kalamazoo a service and support organization for the LGBTQ community.