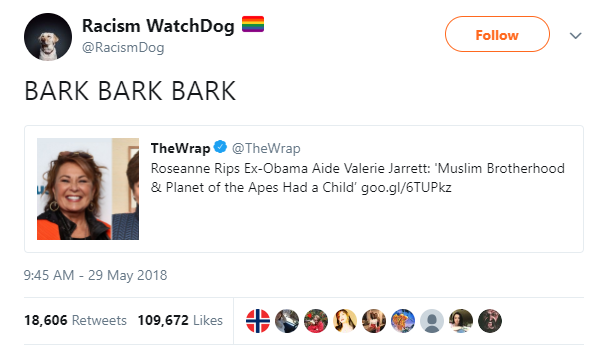 To many, Twitter can be a scary and complex void in the internet. This popular social media platform can be where anyone can spew hate rhetoric or get their ABC primetime slot canceled. Many Twitter users need a hero to look out for them, and to some that hero is an account that goes by the Twitter handle of “Racism WatchDog.” This online character is dedicated to calling out tweets that many consider to be racist with a “woof,” a “bark, and sometimes  a “bork.” 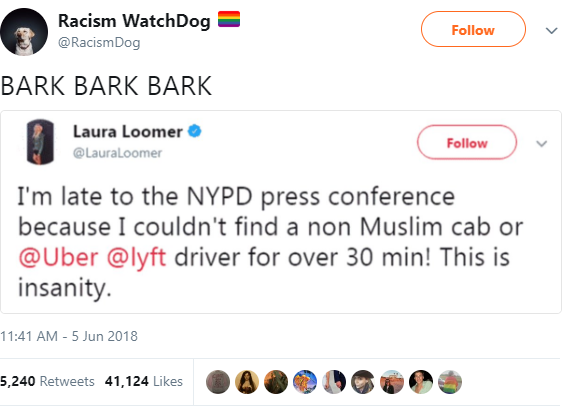 The Collegiate set up an email interview exchange with the creators of the account. Due to potential harassment by online users, the creators wished to be referred to as “B” and “G.”

Where did the idea of the Racism Watchdog originate from?

B: I follow various YouTubers and other people on Twitter who interact with the types of people featured on the Racism Watchdog. It’s fun seeing them poke fun at these people, and I thought that it was a good idea to do a different spin on it. This type of call-out account has existed before in different forms, but Twitter didn’t have a dedicated account for exposing racism on its platform in the form of a barking dog (the perfect animal for the dog-whistle racism hidden in some tweets). I talked to G about it, and he wanted in on the account. Shortly after, the Racism Watchdog was born.

G: Yeah, B asked if I wanted to do it, and I thought it was a great idea– effective and funny at the same time.

Was there a specific tweet that sparked the idea?

B: Nothing specific, but there are some people who receive a lot of attention and love to dog whistle, like Ben Shapiro, Paul Joseph Watson, and Charlie Kirk. We have a lot of fun tweeting at them, although sometimes there’s so much wrong with what they tweet that we have to take a break from them periodically to focus on other people.

How do you decide between a “woof” or a “bork” when calling out tweets?

G: This might disappoint a lot of our followers but there isn’t much of a system behind it, although the chart that @Samanthaki made seems to be fairly accurate. Whether something gets a woof, a bark, or a bork and how many of each depends mostly on which one of us is tweeting, from what type of device– for example, I generally do fewer woofs than B does, especially if I’m on a computer, because you can’t just smash the middle button. The woof/bark/bork spectrum is generally reflective of how we feel about the tweet, but again there’s not a real system– so, sorry to those who tweet things like “this deserves a bark” or “this deserves more woofs”. Maybe we’ll define a system for deciding, but ranking racism seems like a lesser of two evils problem — even “small” dog whistle racism is still racism, and we don’t want to dismiss it by saying “it’s a woof so it’s less serious.” That being said, we might want to debut a “grrr” react, so keep an eye out. Lol.

Has there been any backlash so far?

G: Yeah, there has been, but nothing too serious. A lot of the time people we quote just block us and that’s that, maybe leaving a snarky message like Ben Garrison did. A big outlet for backlash has been through people setting up racist parody or copydog accounts– for example, there is a Racism WatchDog account that has the same bio and avi (avatar) as our bio, that just barks at our tweets. The best account I’ve seen was the WatchDog WatchDog, who barks at all the new WatchDog accounts — it’s meta. Back to the original question, most of the backlash comes from dismissal and mockery, for example, one of our tweets got to the top of r/cringeanarchy on Reddit, but we do get occasional DMs to the @RacismDog saying “kill yourself,” which I think is funny because people are telling a dog on the internet to kill itself. The same thing goes for people who try to argue with the dog in a thread and only get “woof”s in return.

My “favorite” type of backlash is where people speculate about who we are, what we do, and/or why we run the account, for example a tweet from @_m0threloaded said, “That racism watchdog spastic is definitely some anaemic white dude male feminist who rapes women and calls dogs ‘doggos'”, none of which is accurate besides the doggo part– that tweet is like the unholy grail of bigotry. There are a lot of tweets like that out there and sometimes I can’t help but feel flattered that these pepe-the-frog avi dudes would spend their time making fanfiction about us and building up their own lore.

Has anyone you called out specifically gotten back to you?

G: Yeah, we sometimes get responses about our tweets, but generally people just block us. I think people realize that arguing with or responding to a dog that can’t talk defending their racism probably won’t position them in the best light. I have two favorite responses that we got– one from Ben Garrison and one from Roseanne (Barr). The Ben Garrison tweet begins with a somewhat cryptic quote from “1984” and then insisting that “‘Muslim’ is NOT a race.” He blocked us immediately after. The second one came from Roseanne, right after she tweeted about Valerie Jarrett saying, “Muslim brotherhood & planet of the apes had a baby=vj.” Someone tagged us in that thread and she responded by saying, “Muslims r NOT a race.”  These comments are notable to me because they’re from big names and because of their level of (false?) ignorance. They both say almost literally the same thing, that Islam is not a race. While true, that does not mean that modern Islamophobia, as a derivative of Orientalism, is not very racist — there’s a reason why some people called Obama a Muslim, or Valerie Jarrett, or why Ben Garrison’s cartoon featured an Arab caricature– and that reason is racism. I don’t know if I’m explaining this well or with sensitivity but there is a lot of material out there explaining this more eloquently than I can.

Did you think the account would blow up this way?

G: No, not at all. When we started the account it was just a small way of doing some vigilante work online and we never expected or cared if it got big. We started the account in November of last year and didn’t get big until just recently. At the beginning of May we had like 800 followers, and our “goal” was to get to 1,000 before the end of the month, but then came the PJW tweet about “This is America”, and then the Shapiro tweet about “people who wear baggy pants,” and we blew up overnight. It was wild. Even though we never expected it to become what it is, I think it’s good that we have this platform that we can do good with, like raising money for activism organizations like the Southern Poverty Law Center, which we’re doing now.

B: The account was more of a hobby at first. I didn’t expect it to blow up in such a short time. I just liked getting under some of these people’s skin when calling them out for their racism and it’s only funnier now that the dog receives a ton of attention. In some cases, the dog gets more likes and retweets than the tweet we responded to.

The Racism WatchDog does more to combat social issues through Twitter. The account has set up a charity drive on its website where people can donate money to give the WatchDog a “treat” and donations go towards the Southern Poverty Law Center. For more information visit the website at RacismWatchDog.org.