Throughout history, activism has been a major contributor to change. There are many types of activism whether it be environmental, civil rights or anti-corruption. Recently, school safety activism has become the most prominent.

Typically, when we hear of activists organizing marches and demanding change, the accompanying images are of outraged adults holding signs and chanting through the streets. That was what it looked like for a while.

Historical activists like civil rights activist, Harriet Tubman, women’s rights activist Gloria Steinem and environmentalist Rachel Carson were just a few of the leaders in activism and have paved the way for many more activists to continue their work.

We often see children and teens following their siblings or parents to marches. We assume that they will follow in activist’s footprints when they are older, but we do not think that the younger generation would take action while they are still young.

“Thinking back, yeah, I guess I never thought about kids taking control of an issue and fighting back against it,” said Grand Rapids Community College student, Betsy Myrer, 21, of Holland. “I guess I would have never thought of 14-year-olds starting marches and speaking out, but of course, a lot of parents didn’t want little kids knowing about the issues in the world.”

Currently, many high school students have been taking action against one of the biggest issues in our nation: gun violence and school safety. Teens have refused to wait for adults to continue the fight against gun violence. In the last month, high school and middle school students have organized a nationwide school walkout and the March for Our Lives. These events were in honor of the tragic Marjory Stoneman Douglas High School shooting in Parkland, Florida where 17 students and teachers were murdered Feb. 14.

Although many say that teens don’t have the power to change, if we go back in time to the 1950s and 60s, it’s obvious that the younger generation was a huge part of the Civil Rights Movement. Little Ruby Bridges was just 6-years-old when she passed a test that allowed her to enroll in an all-white elementary school in Nov. 1960. She became the first African American to attend an all-white elementary school.

On Feb. 1, 1960, four North Carolina Agricultural and Technical College students, Ezell Blair Jr., David Richmond, Franklin McCain and Joseph McNeil, were denied service at a lunch counter. When the owner of the store asked them to leave, they stayed put even as the police showed up. Because there was no violence, the police couldn’t do anything to remove the men. They stayed at the counter all night until the restaurant closed. Four days later, the men returned along with hundreds of other students.

By the end of 1960, after an outbreak of sit-ins hit the nation, many restaurants and other businesses had desegregated their facilities.

Since then, word of youths taking charge in activism had only re-occurred occasionally, more recent occurrences being legislative office sit-ins by undocumented teens in 2012 and the Black Lives Matter movement after the events in Ferguson, Missouri.

However, youths leading the charge in activism is looking to be on the rise. Along with the national school walkout and the March for Our Lives, students and other youth gun control activists have appeared in magazines like Teen Vogue and news broadcasts like CNN. They explain the importance of standing against gun violence and demanding a change. Since the beginning of 2018, there have been 17 shootings just on school campuses.

“We can’t allow the school shooting epidemic go on any longer. It’s time to speak up and take action against it. With this march, we hope to inspire and educate people on the topic of gun violence,” said Emily Masternak in an email interview, a student at Forest Hills Northern High School in Grand Rapids, and a March for Our Lives organizer.

Many would think that the idea of youths taking charge in trying to change the future of their nation would be heavily praised and respected, however, many don’t like the idea.

Although many do encourage the movement, the youth have recently received a large amount of backlash for trying to make a difference and enact stricter gun laws. As one can imagine, many Americans aren’t in favor of that.

Many say that the students are trying to take away their Second Amendment rights. One ultra-conservative social media account, “Gab” even went far enough to edit a picture of Parkland shooting survivor, Emma Gonzalez, tearing up a gun target to make it look like she was tearing the Constitution.

Fox News often broadcasted statements of doubt that the movement created by students could create any sort of change. Some asked, “do they (students) know what they’re doing?”

“They’re not old enough to have the perspective that adults do,” Carlson said in a broadcast about the school walkout. “That’s why we don’t let them vote or drink or if these protesters have their way, buy guns and it’s wrong to exploit them, which is what the left is doing.”

Some are also saying that the young activists are too emotional and aren’t strong enough to make a change.

One March for Our Lives Grand Rapids speaker, Nithya Balakrishnan, another Forest Hills Northern High School student, spoke against those claims that the youth can’t make a change.

“Politicians and others on TV are trying to degrade us by saying nobody would ever listen to a bunch of teenagers,” she said at the march. “That the Parkland students are too emotional to enact change, that their organic student-led movement will never work because we are only teenagers. We are too emotional, too stupid, too young. So what? We are emotional, we are angry, we are disgusted… We can be the change!”

Because of the voting age, many high school students aren’t eligible to vote. To help improve school safety and push for stricter gun laws, the high schoolers are encouraging those who can vote to vote for change on Nov. 6 when all seats in the Senate Class 1 and in the House of Representatives will be up for election.

The young activists can be the change, especially when many Generation-Xers are not taking the lead. Coming together to make a change is key. 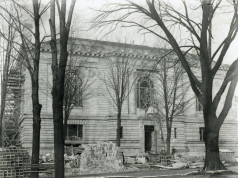 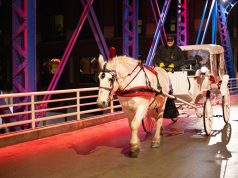 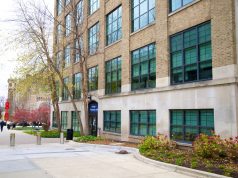