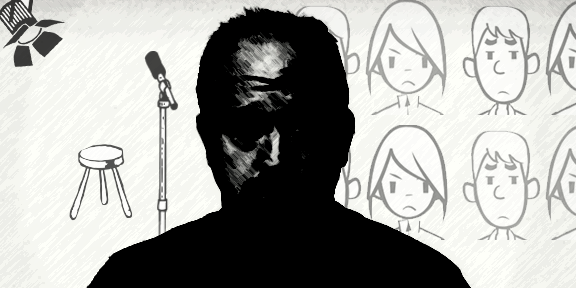 Let me start by saying I used to be a huge fan of Louis CK. I loved everything about the man, his stand up, his TV show. It even used to be one of my favorite hobbies to introduce his work to my friends. I found his 2017 special, to be one of the best stand up specials I’ve ever seen. Louis CK was even a personal inspiration for me at points in my life. However last November, Louis CK was accused by five women of performing lude sex acts in their presence without their permission, and Louis finally confirmed that these stories were true that same month in a written statement. With all that said and done, and with my previous attachment to the comedian’s work, I have no issue stating that Louis needs to step down.

Within the past couple of days, Louis has made attempts at comedy clubs to restart his stand up career following his confession. His return has received extremely mixed reactions involving positive support from many old fans, to extreme backlash from many women and fellow comedians.

Once Louis took his surprise appearance on the New York Comedy Cellar stage on Aug. 26 as he was immediately greeted with a standing ovation. This moment says everything about how many interpreted his scandal. By welcoming the comedian who openly admitted to sexually harassing five female comedians with a robust applause – it shows that many old fans see Louis as the victim of this tale and view his return to stage as some sort of triumphant miracle. They might say that Louis rose above the “witch-hunt” of the me-too movement that accused him of a crime that he – again – admitted to committing. This was not just an allegation.

I’m not trying to imply that Louis is forbidden to return to stand up comedy.Comedy has been a huge part of Louis’s life. He has performed stand up since he was 19, and the guy’s gotta make a living somehow. Louis is a very funny individual, but he does not get an immediate pass just because he’s funny.

Many consider that – due to the fact that Louis had his successful TV series and an upcoming movie titled “I Love You Daddy” (No one said the clues weren’t obvious) was canceled – he has been properly slapped on the wrist and can now return to the comedy scene.

Like I said, I get it. Louis is a really funny guy, but he is also a guy that abused his position in comedy. Not only did he inflict personal pain on the fellow comedians he victimized, he also played a lead role in crafting a toxic community for female comedians. These women all came forward with their stories long before Louis admitted to his misdeeds. Louis frequently denied these accusations in the past and continued to profit from an industry culture where even if a powerful male comedian abused his position, no one would believe the victim’s story and going forward with a story could damage their career. His recent return to the stage seems to signal to fans and the rest of the world that you can commit hurroundeous acts and only get a slap on the wrist for it because you are just too darn good at what you do to be held accountable for your actions – and that is terrifying.

If Louis wishes to return to the comedy scene, it’s not a matter of asking “how long?” like it’s some sort of time out, but a matter of showing remorse with his actions. He may never undo the pain that he caused the women who came forward, but he can use his wealth and power to create more resources and a safer community for female comedians.

I used to love Louis CK, but I’m not going to welcome him back because he is funny. I find a lot of people funny like John Mulaney, Chris Rock, and Bo Burnham. All comedians who have never been accused of making unwanted sexual advances toward fellow comedians or anyone else for that matter. Wow. Human decency.

(Also I chose to list all male comedians in this paragraph to prove, no “Me Too” is not a witch hunt against men. These male comedians have no allegations, and are even praised for their talents. If you want some great women comedians check out Iliza Shlesinger, DeAnne Smith, or Ali Wong.)

Louis has not been sentenced to eternal damnation. (It’s been 10 months people!) Preventing CK from having stage time isn’t robbing the world from comedy itself – he is but one voice in a much larger community. To some, he is worthy of a second chance…but what has he done to prove he deserves one? Yes, Louis can return and perform stand up, but first, he should STAND UP to help remedy the many problems he helped create in the comedy world. It’s still early in his return, so no one is 100 percent sure what’s going happen, or what exactly he’s going to do. However, if he refuses to acknowledge his sins, and attempts to just weasel his way back into stand up without reconcile…then Mr. CK…please take a seat and let someone else do the talking.