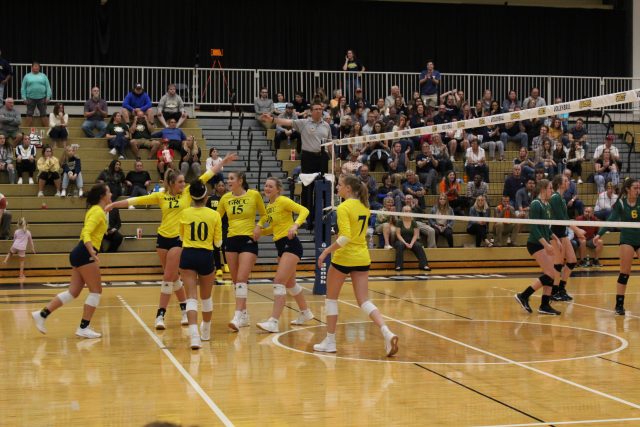 GRCC Women’s Volleyball went to Nationals in Charleston, West Virginia this past weekend and finished fifth in the nation. They came into the tournament redhot on an 11-game win streak with big wins over conference rivals including Glen Oaks.

It was a successful finish for this year’s sophomores with this fifth play finish being one of the best Raider finishes in the history of the program.

“Personally, for me I think for me it was pretty solid,” Wellet said. “…I thought our hitters did well when we performed. We only had one loss against Coffeyville which was in the second round, so that was kind of sad but they had some strong players. Our defense – when we had good ball control – was key to our success.”

Wellet said the Raiders built momentum as the season progressed.

“The start of our season was ok,” she said. “We weren’t really clicking and then we started doing good. Then we hit not a wall, but just people weren’t getting pushed and then we changed our lineup and I think that helped a lot. We kinda went through some emotional things but we talked that out with the coaches and players and after that we were pretty solid and finished strong this year.”