Greetings gentle readers I wish I was here to write about something funny, but unfortunately that is not the case. It is with a deep sigh and a heavy heart, that I am here to report on the death of legendary comedian and actor Jerry Stiller.

Stiller, who began acting back in 1951, had a career that spanned over 60 years during which he played a variety of roles, from Frank Costanza, the father of George Costanza on “Seinfeld,” Maury Ballstein in the movie “Zoolander” which he was in with his real life son Ben Stiller. My personal favorite character of Jerry Stiller’s was the zany Arthur Spooner, father of Carrie Heffernan, one of the central characters, on “The King of Queens.”

Stiller also appeared on an episode of the game show “The $10,000 Pyramid” back in 1975. Footage from the show was used in a episode of “The King of Queens,” in which Stiller’s character, the aforementioned Arthur Spooner, attempts to sue Dick Clark due to Spooner never being given his consolation prize of a year’s worth of Rice-A-Roni when he was on the show.

Stiller is survived by his son and daughter Amy Stiller, who is an actress and stand-up comedian. It is also worth mentioning that Stiller’s son-in-law, Rodger Bumpass, is known as the voice of Squidward in SpongeBob SquarePants. Rest in peace, Mr. Stiller. 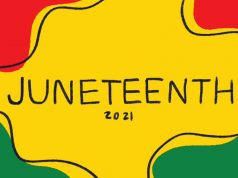