The Detroit Tigers have signed A.J. Hinch as the 39th Manager for the team. Major League Baseball had handed down a yearlong suspension to Hinch in 2019, but that ended earlier this week.

The job became vacant on Sept. 19, when former Manager Ron Gardenhire abruptly retired from the position, citing concerns with his health. Leaving the franchise in desperation mode, as they hoped to find a candidate who could restore the winning mindset in Detroit.

Once the World Series had concluded, Hinch’s suspension had officially ended. Tigers’ General Manager, Al Avila had to act quickly, reportedly calling Hinch within 30 minutes of the last out being recorded.

“Coming into this managerial search we already knew that A.J.’s diverse baseball acumen, knowledge of analytics and passion for the game were second to none,” said Avila, to the Detroit News. “However, we also knew there were some important conversations to have about A.J.’s time in Houston.”

Hinch last managed the Astros leading them to a World Series title in 2018, but the conversation’s Avila is referring to will mostly focus on the  sign stealing scandal surrounding his time in Houston, Texas. Avila felt Hinch was the best available manager to turn the young, star-laden roster into contenders.

“Throughout that dialogue he was clearly remorseful and used that time to reflect on the situation, and we believe he will emerge as a better leader because of it,” said Avila, to the Detroit News. “This ballclub is entering an extremely exciting period, with young players primed and ready to make an impact at the Major League level. I’m confident A.J. is the best man for this job as we strive to bring a World Series Championship back to the city of Detroit.”

Hinch’s suspension resulted from an extensive investigation by MLB, into allegations that the 2017 Astros’ squad, who won the World Series, used electronic devices worn by players and the smacking of trash cans to signal upcoming pitches to batters.

This was all made possible through the use of illegally installed cameras in centerfield, that were focused on the catcher’s signals to the pitcher. The recorded footage was then piped into a secret room in the Astros’ clubhouse, where an employee was watching the footage and decoding these signals.

After the investigation it was reported that Hinch was adamantly against the cheating, going so far as smashing the monitors that were used to decode the signals with a baseball bat, on two separate occasions at the height of the scheme. However, He didn’t inform MLB officials, nor did he ever verbally express his discontent to anyone in the Astros organization.

The investigation report showed that Hinch withheld information once he found out about the cameras, and failed to report the wrongdoings of his staff members, but he wasn’t found to be complicit in the scheme. This forced MLB Commissioner Rob Manfred to impose a yearlong suspension on Hinch, resulting in him parting ways with Houston.

The remorse he has shown since the suspension was handed down, and the lack of tangible evidence to substantiate his involvement, inevitably helped the Tigers front office to put their trust in him.

“I started thinking right then and there, when AJ and Jeff got suspended, what’s going to happen to those two guys,” said Christopher Ilitch, the Tigers’ chairman and CEO to ESPN. “Would they be welcomed back in the sport? As time went on, and I just sort of watched from afar, how everybody that was involved with that handled themselves, I really admired the way AJ handled himself.”

When Hinch spoke with reporters Friday, Oct. 30, he spoke with remorse about the scandal. Making specific mention of the work that must be done to restore the Tigers to their former prominence, as well as, his reputation in baseball.

“I understand the question and I understand how wrong it was, and I’m sorry for that,” Hinch said, to ESPN reporters after the move was announced. “I’ve said that before, I’ll say it again, I’ll continue to say it. I’ll never forget the feeling that I’ve had throughout the past year as I’ve navigated this with my family, but you quickly get to the exciting time of getting back and leading a group of men again, and establishing what Tigers baseball’s going to be all about.

Next season is a long way off, however, the excitement surrounding the Tigers will be palpable when spring training arrives. As the Detroit fanbase looks on to see how Hinch will handle the next wave of stars for the franchise in young, up and comers Casey Mize, Tarik Skubal, and Spencer Torkelson, last year’s first overall draft pick.

Curious about what the atmosphere is like in Detroit, Hinch reached out to former star pitcher for the Tigers, Justin Verlander.

“He sent me a message this morning raving about what Detroit is like when the team is winning,” said Hinch, to ESPN reporters. “There’s no place like it,” Verlander said to Hinch. 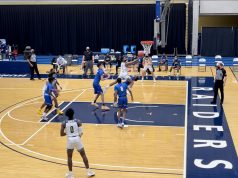 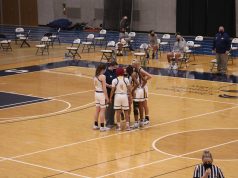 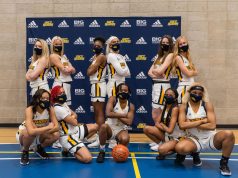