While this legislation doesn’t take effect until Dec. 31, 2022, it will change the lives of student-athletes residing in Michigan, by allowing them to finally receive compensation for their dedication and hard work. Whitmer’s actions on Wednesday make Michigan the second state to sign bills into law that counter the National Collegiate Athletic Association’s amateurism model.

“For years we have all enjoyed the incredible talent of young athletes across the state. This legislation will change the lives of young men and women for years to come,” stated Whitmer, in a Wednesday press release. “As one of the first states in the nation to pass this historic legislation, I am proud to sign this bipartisan legislation today on behalf of our current and future student-athletes. I am hopeful that the NCAA will set a national standard so that all players across the country are afforded the same opportunities.”

“At its core, this legislation is to ensure student-athletes in Michigan are treated fairly and they are able to have fulfilling college experience,” stated Tate, in a Wednesday press release. “I am proud of the opportunity to work on getting this legislation across the finish line.”

Former Wayne State University star and Detroit Lions running back, Joique Bell came out in support of these bills on Wednesday, by sharing a bit of his own story.

“It’s high time that collegiate players are respected and compensated for the talents that they’ve spent their entire lives trying to perfect,” said Bell, in a press release. “I’ve always supported the efforts to protect the best interests of athletes, especially those with tremendous abilities who play at all levels of the NCAA. Working two jobs, going to school full time, playing football, and raising my son is a lot for any person, especially financially. My story is just one of many for collegiate student-athletes. We need to continually find ways to help student-athletes get ahead and build their brands early, while also protecting the players and the integrity of the sport.”

Since their formation, the NCAA has kept college athletes from earning compensation for their name, image, and likeness through fear of losing their eligibility and scholarship. This is done through the amateurism certification, that athletes have to receive before they can compete for a school under the NCAA’s jurisdiction.

Once California passed the Fair Pay to Play Act on Sept. 30, 2019, the NCAA’s power took a gigantic hit, as more state officials began diving into their practices. They managed to maneuver around individual state legislations without making any drastic changes to their business model. Until April 29, 2020, when the NCAA seemingly had a change of heart, as the Board of Governors announced they were directing all three divisions to make changes to their name, image, and likeness policies.

“The evolving legal and legislative landscape around these issues not only could undermine college sports as a part of higher education but also significantly limit the NCAA’s ability to meet the needs of college athletes moving forward,” stated Michael V. Drake, chair of the board and president of Ohio State, in an NCAA press release. “We must continue to engage with Congress in order to secure the appropriate legal and legislative framework to modernize our rules around name, image, and likeness. We will do so in a way that underscores the Association’s mission to oversee and protect college athletics and college athletes on a national scale.”

Now it seems the decision process has been taken out of their hands, as the Supreme Court announced on Dec. 16, they will provide a ruling on whether or not the NCAA had violated federal antitrust laws by stopping student-athletes from receiving compensation. The case, National Collegiate Athletic Association v. Alston No. 20-512, isn’t expected to go in front of the Supreme Court until the spring of 2021. 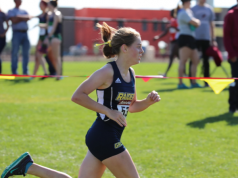 Local GRCC Alumna and Instructor will Compete on Food Network