On May 11, the West Michigan Whitecaps will be tossing the first pitch in the newly named LMCU Ballpark, against the Great Lakes Loons of Midland, Michigan. This game will be played a week after they open their season on May 4 on the road.

The Whitecaps have been partnering with a bank for their ballpark’s naming rights since the team was established in 1994.

Before LMCU Ballpark, the venue was named Old Kent Park, via Old Kent Bank, from 1994-2000. Then the bank changed its name to Fifth Third Bank and the park became Fifth Third Ballpark, a name that stuck for 20 years until it changed again this past February.

“The deal came as a result of many conversations with LMCU who wanted to be a partner,” said Steve VanWagoner, West Michigan Whitecaps Director of Marketing & Media Relations. “Fifth Third Bank was willing to give up the naming rights for the Whitecaps being they were a long-time partner. So that’s how it happened. It wasn’t really a matter of economics. It really just came down to the partnerships and who wanted to be in the naming rights.”

Many West Michigan folks have enjoyed going to games at “Fifth Third” and might need some time to adjust to the new name, especially since LMCU Ballpark isn’t necessarily the catchiest name. LMCU sounds fine, but here’s a list that could be interesting:

LMCU Park, Comstock Stadium, Comstock Field. Peña’s Playground (named after the current manager Brayan Peña) is something that could be really fun for a promotional event, which there will be some this year. Check out this link to see what they’ve scheduled so far.

With a capacity that normally sits at 8,942 fans, the Whitecaps are still trying to figure out the kinks of a plan for how many tickets the organization will be able to sell for each game day.

“We’re optimistic that the capacity restrictions will be lessened by then (Opening Day on May 11th),” said VanWagoner “We do have a lot of season ticket holders and fans who have put deposits on tickets that we have to give away first.”

The full schedule was recently posted and can now be seen here on the Whitecaps’ website.

The Michigan Department of Health and Human Services recently made an announcement regarding outdoor venue capacity requirements. Outdoor venues have a capacity limit of 1,000 persons that must be separated by a minimum of 6ft per group of up to 6 people while wearing a mask.

The total of 1,000 persons is a capacity that includes all employees, players, and fans in the venue.

The Whitecaps have made no formal announcement regarding how many tickets they will sell at this point in time, but we should expect a formal announcement soon now that the MDHHS has updated their restrictions and the team has released a schedule with time slots and promos.

Fans should also keep in mind that capacity restrictions may allow for more people to attend games by May 11 on the Whitecaps home opener.

Although things still remain somewhat uncertain as to how many fans will get to see a game at LMCU Ballpark this season. Those who do will be able to enjoy a higher level of competition.

The Whitecaps were recently upgraded to an Advanced-A Affiliate of the Detroit Tigers, and fans will see an improvement in talent on the field this season.

There will also be a familiar face in the dugout this season with former MLB and Detroit Tigers Catcher Brayan Peña.

Peña will be serving his first season as the team’s Manager after the 2020 season was canceled due to the pandemic.

Peña already has two years of experience as a manager in the Tigers organization for two of the team’s minor league affiliates. First in 2018 with The Gulf Coast League Tigers in Lakeland, Florida (where the Tigers are currently holding and have held spring training since 1934). There Peña won a league championship. Peña was then promoted to the Connecticut Tigers in 2019 as the manager for the Tigers’ Short-Season A affiliate.

Whitecaps fans have a lot to look forward to as this 2021 season approaches. Warmer weather and baseball season are on the horizon and those are two things we can be grateful for. 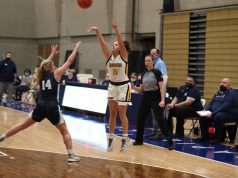