The squawks and squeals of seagulls dive bombing a lonesome bag of chips in the sand brought my beach nap to a close. It was another hot weekend at P.J. Hoffmaster State Park in the Muskegon area, and some friends and I took to the shore for some relief and relaxation. As I slowly woke up, I gazed into the sand beneath me. A colorful array of tiny pieces of plastic dotted the tan grains of sand.

“Plastic?” I thought to myself.

Yes, plastic and there was lots of it.

Microplastics are being found in the Great Lakes, tap water, and even Great Lakes Beer, but, what’s the worry?

Microplastics are tiny pieces of plastic that have been broken down over time and can range from the size of a pencil eraser to being microscopic and invisible to the naked eye. They make their way into the water through human plastic consumption and the after-effects of a plastic throwaway culture.

With limited research into the subject of microplastics and their effects on humans, the threat to people is yet to be determined. Although microplastics are known to cause problems in marine life, the human health risk is still up in the air.

“A lot of research right now is being devoted towards the human health aspect of microplastics, and the reality is that the jury is still out,” said Dr. Alan Steinman, the Allen and Helen Hunting Director of the Annis Water Resources Institute (AWRI). “We don’t know.”

The AWRI is a research organization within Grand Valley State University’s College of Liberal Arts and Sciences, with a mission of enhancing and preserving freshwater resources through outreach, research, and education.

Steinman does research on a myriad of Great Lakes water issues, including groundwater, PFAS chemicals and harmful algal blooms. Since previous research has found the inherent risk in issues such as these, microplastics take up a small portion of what Steinman is studying and researching in his lab.

“I do so much research on other aspects of water quality that microplastics are just a very small part of our total research portfolio,” Steinman said.

He explained the reason behind this is because there’s more concern about algal blooms and excess phosphorus in local lakes, and since microplastics are a difficult issue to see, more visible problems attract more attention.

“I’m not saying that microplastics aren’t important or that people aren’t concerned about it, but they’re hard to see,” Steinman said.

Whether we can see the problem or not, it’s important to use the data and research we have available to decide how to manage the plethora of problems the Great Lakes harbor. And right now, the data on microplastic’s human health risk is only speculative.

“Right now, anybody who uses that (speculation) as the mechanism to say we need to control microplastics is blowing smoke, because the data just isn’t there,” explained Steinman. “I think we need to be very transparent about what we do and what we don’t know. We know that we’d prefer they not be there but there’s a lot of stuff in our water, air, and soil that we know is there but we live with it, we tolerate it.”

Due to the lack of data, it’s hard for Steinman to say whether or not microplastics are something we will just tolerate, or if they’ll be so bad that we need to start doing something about it.

Bill Faber, a professor of Chemistry at Grand Rapids Community College, further expressed the need for research and data before jumping to conclusions about microplastics.

“Science is about linking cause and effect, so we can’t say its bad until we have evidence that it’s bad, but I think there are other studies of other chemicals and other pollutants that make you go, ‘boy, we should keep an eye on this and try to minimize it,’” Faber said. “I do think we need to fund fundamental research to see what our impact is, I think that’s what a smart culture does. We need to know the problem before we can solve it.

“We need good thinkers and new ideas that are conscious of the fact that we have an impact, that’s why education is so important,” Faber said. “We affect the earth, we affect the people around us, how do we minimize that?”

Minimizing microplastics becomes even more difficult once they make their way into water systems. In Steinman’s view, it’s like treating the symptoms before the disease.

“The manufacturing process would be the most efficient way to reduce microplastics,” Steinman said “But, right now, plastics work. We need to get people out of that mindset.”

While traces of microplastics seem to be just about everywhere, waiting for the research to reveal the true impact of microplastics in our water is a hard pill to swallow for advocates of Michigan’s water resources. But with other pressing issues in Michigan’s freshwater systems, the data needs to paint a good picture of the actual risk of human microplastic consumption before action takes place.

“The science is still not resolved on microplastics in terms of its overall impacts, and as a consequence, we need more information because it’s impossible to make good management decisions without good information,” Steinman said. “At this point, the science is still immature. We are learning about the nature of the problem.”

However, microplastics are still a concerning topic for Steinman and Faber, alike. Steinman explained his concern of microplastics being over sensationalized in both the scientific community and the media.

With our innate proximity to the Great Lakes ecosystem and Michigan being the most connected with shorelines on four of the five Great Lakes, maintaining the health of our waters isn’t an easy job. By using the data and research that is available on the impact of problems such as unsustainable groundwater consumption, harmful algal blooms, and PFAS chemicals, we can pinpoint the water issues that need the attention and research the most.

“Microplastics need to be investigated in a rigorous manner, but in the meantime, we can’t take the eye off the ball, there are other issues that are right in front of us, that are real, and that we need to be focused on,” Steinman said.

Editor’s Note: This post was updated to correct the spelling of Alan Steinman’s name, on June 16 at 3:30 p.m. 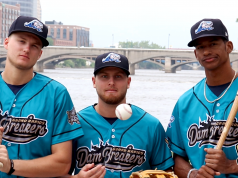 White Caps Will Change Name To Grand Rapids Dam Breakers For One Game On Aug. 21 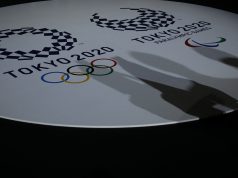