“George Santayana once said, ‘Those who cannot remember the past are doomed to repeat it,’” says GRCC Black Student Union Chaka White. “I believe that if we do not know the history of our people, how can we grow?”

Black History Month officially began in 1976 when President Gerald R. Ford called upon the public to “seize the opportunity to honor the too-often neglected accomplishments of black Americans in every area of endeavor throughout our history.” However, according to History.com, the roots of what is now Black History

Month began much earlier than that. In 1915, the then Association for the Study of Negro Life and History

(ASNLH) began to research and promote achievements by black Americans and other peoples of African descent.

Then in 1926, the group sponsored a national Negro History week in February to coincide with the birthdays of President Abraham Lincoln and Frederick Douglass. All around the country, schools and communities began to be inspired and hold community events.

Following that, cities across the country would issue proclamations recognizing Negro History Week.

The Civil Rights Movement in the 1960s began to cause an even greater awareness of black identity progressing Negro History Week to become Black History Month on many college campuses.

Since President Ford’s proclamation, every president has designated February as Black History Month with respect to a certain theme. In 2010, President Barack Obama chose a theme that primarily focused on the history of black economic empowerment.

“Currently, the BSU is the largest student organization on campus and we do have a full events to observe Black History Month,” White said. “We, being great in number, are a strong force on campus and we want to exemplify that not only do we believe in the history of our predecessors but also we know that we can become a history though our own lives.”

When asked about President Obama and Black History Month, White says, “I believe that having President Obama in the White House is just evidence that those who speak about black history during Black History Month has paved the way to make it more acceptable in society and just compounding the impact that African- Americans have on history overall.” 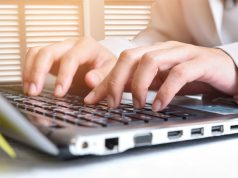