At the most recent GRCC Board of Trustees meeting, a routine vote was held, and the  vote caused the resurfacing of the controversial views of Trustee Richard Ryskamp  and his opinions on the funding and involvement with Actor’s Theater and the Diversity Learning Center.

However, Ryskamp was not alone in his stances. Newly elected Trustee Richard Stewart also joined Ryskamp in voting against the budget for what appeared as similar reasons.

Stewart called the works of the groups “assaults on standards of decency and behavior.” He went on to say, “I maintain such standards are held by a majority of the community and it is that reason that I must withhold support for the midterm budget. Some of the activities and positions of the Actors’ Theater and the Diversity Learning Center are obviously funded by public funds that are indeed opposed by general public will.” Trustee Terri Handlin asked Stewart,“How does one measure the social public?”

“My general public says something quite differently,” Handlin said. “The general public has sent you here for general responsibility for what we have to do for this college in the way their taxpayer dollars are working.”

Stewart concluded his speech to members of the board with, “I am reluctant to approve this budget as long as those two line items remain.”
Students should be appalled that this is even an issue. Is it not the duty of a board to enable students? Or are they seeking to cast darkness to students’ dreams of success? If that’s the case, it’s no wonder enrollment numbers are down and the school needs nearly 100 million dollars for renovations.

Perhaps instead of distracting themselves with this issue, the trustees may better assist students by actually learning what they need to become even more successful, such as better facilities and technology.

Also, is it not the duty of the Diversity Learning Center to teach and allow for students to learn about the diversity in the world, including the diverse amount of opinions? Are members of the board worried that students may think differently when  they hear something different than conservative rhetoric?

The trustees must take note that while they are sent to sit at the board by the general public, they are there to serve, lead, and govern the students once seated. That includes every student. The science students. The conservative philosophy students. And, yes, even the theater students who hope to make it big someday and sought out GRCC for guidance.

It is imperative that all trustees remain aware that while they are elected by the general public, without students and the tuition from students, they don’t even have as much money to allocate.

This all aside, at a community college one must bear a few things in mind. First, we are adults and perfectly capable of making decisions of what we see and hear. Nobody is forced to attend these events. And, second, this is a diverse community and every member of our community has a right to experience different parts of that community. 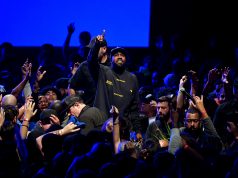 Christians are Compelled to be Compassionate. Have They Been with Kayne West? 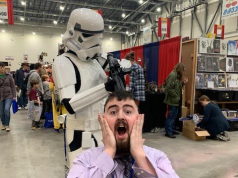 End of Nerd Nirvana: A Requiem for Grand Rapids Comic-Con 2019 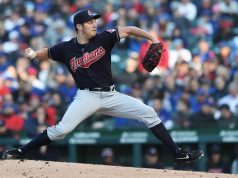 ‘We have to know that we have comeback power:’ Yusef Salaam,...