Music is a profound language, one with the ability for many interpretations.

Chris Proctor, who will perform at Grand Rapids Community College Thursday, has a language that is completely his own, spoken through the six and 12-string guitars.  He possesses the title U.S. National Fingerstyle Guitar Champion.  This is not due to technique alone.  By blending Celtic, pop, blues, jazz, classical and folk, he not only has a fresh take on the instrument, but has also formed a new musical speech. 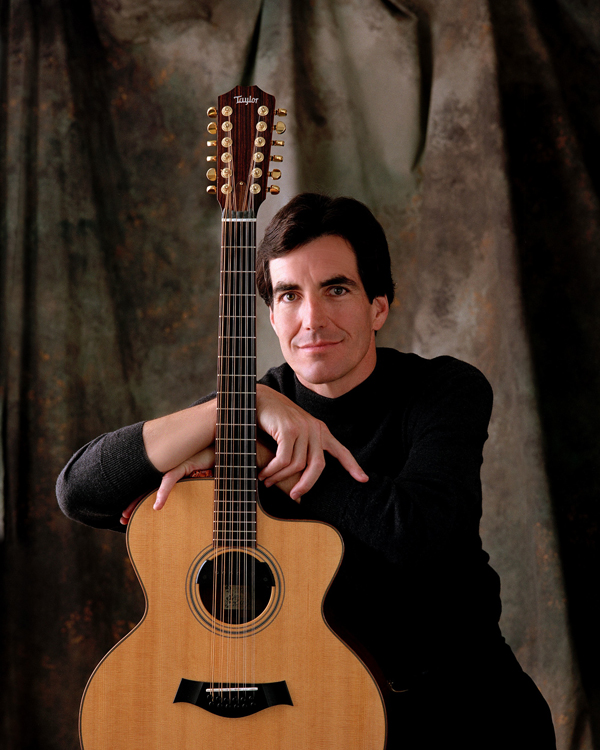 His experimentation with musical style began at a young age.  His first guitar was an old Sears and Roebuck.  It belonged to his father, and Proctor began playing it around age 10.  Even though it didn’t have all six strings, it gave him a starting point.  From there, he played in groups ranging from a garage band in Salt Lake City to a bluegrass band called New Moon.

Proctor was especially inspired by Mississippi John Hurt and Leo Kottke’s album “6 and 12-String Guitar.”  It was the first blues record Proctor owned.  Within two weeks of first listening to the recording, Proctor bought a 12-string.

A time of great musical growth for Proctor came during his studies at the University of Utah.  He studied music theory, counterpoint, jazz theory, ear training and sight singing.  With these techniques, he was able to express himself like never before.

“Music theory gave me the tools to understand how to take ideas and make them into compositions.  That’s a huge step– we all have ideas, but getting them from the idea stage to the ready-for-prime-time stage is where the theory training came in big time,” said Proctor.

Proctor’s next step was the Walnut Valley festival.  He won the Fingerstyle Competition in 1982 and was invited to perform and judge  at the festival the following year.  He followed this achievement with his first recording, Runoff, released on California’s famed Kicking Mule Records.  Since then, he has been touring nationally.  He will be performing in Germany, Austria and Italy in April-May 2013.

With a blend of styles and techniques, Proctor is a musician whose style is always growing, even up to his current record, “Close and Personal Friends.”

“The medley that includes ‘Revolution’ changed almost daily, and the final product was still taking shape as I recorded it.  That makes for a lot of fun, and some worry as well,” said Proctor.

The connection that Proctor has made with his audience is truly special.  In Italy, Germany and Austria, he knows the languages, and using his own language of music has created strong personal experiences with his listeners.  Proctor’s music is part of important moments in peoples’ lives, from being requested as background music for the birth of a family’s first child, to a request as music for a wedding.  A lovely, rare style catches people’s attention, and Proctor has held that attention.