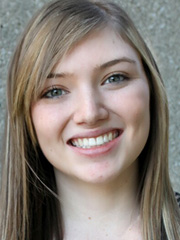 Prior to Wednesday, Fleurs et rivière, an ArtPrize contender, was an art installation located on the Calder plaza using La Grande Vitesse (The Calder).  The artist, David Dodde has been commanded to take down his artwork of magnetic flower petals, originally meant to be an homage to the original artist’s work, because some have called it an abomination.

Personally, I see nothing wrong with Dodde’s art on art approach. He submitted his idea along with the $50 fee to join ArtPrize this year and was approved by the city. As ArtPrize 2013 approached he added his art to competition along with the other 1,524 art entries.

To much surprise, Dodde’s artwork has contributed to more than just an art competition this year. Instead, some flowers on the big red Calder have caused controversy in Grand Rapids and the art world all around.

Dodde’s is being unjustly punished for his artwork, while just last year Laura Isaac brought her 10,000 hours project to The Calder after she was invited by a venue curator hired by the city of Grand Rapids. Her knitted artwork even landed her on the 2012 ArtPrize Best Urban Space short list.

It doesn’t seem right in the least bit that there has been a clear change of heart about art on The Calder since last year. Isaac’s artwork did well in the competition and nothing but good things were said about it. Besides the trash talk it’s getting, Fleurs et rivière isn’t any different. The artist’s piece doesn’t in any way, shape or form cause damage to The Calder and in my opinion, only added positively to it.

On another note, ArtPrize is well known for being a competition where the public is encouraged to get involved by voting. That is of course how the winner of the $200,000 grand prize is chosen.

How can just a few people of the 438,000 voters ArtPrize has seen this year make such a huge impact on the deconstruction of one piece of art? It seems unfair that people can just come into the city of Grand Rapids and demand a change such as this one and get it served to them on a silver platter. I’m from the city of Grand Rapids and if I were to complain about the vibrant white flower petals on The Calder that I pass everyday on the way to school, not a thing would be done about it.

Everyone has a unique perspective about what art should and shouldn’t be, which is completely acceptable. Calder’s grandson called the ArtPrize entry an abomination, so some might argue that his relation to the artist carries weight. However, the only person who can give the true understanding of The Calder is Alexander Calder himself, who passed away 38 years ago next month. The Calder is seen through many different perspectives and Dodde was just sharing his. I wouldn’t call it a lack of respect, but an honorary addition to Calder’s piece.

The large magnetic flowers were taken down Wednesday in favor of The Calder Foundation, but the art didn’t go down unnoticed. ArtPrize is supposed to spark conversation with people around the world and Fleurs et rivière did just that. As the result of Dodde’s ArtPrize entry, people are talking about Alexander Calder’s art and that is something that should be celebrated.

Thankfully, Dodde’s is still recognized as an artist in the competition and he may even come out of it better than expected because of the unnecessary controversy that occurred. ArtPrize is a happy and positive event hosted in downtown Grand Rapids and the fact that it was forced to be seen as anything less than that because of the Calder controversy is unfortunate.