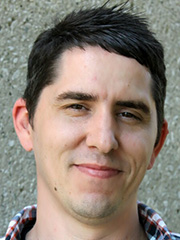 Fantasy football has become a billion dollar industry and with 18 million people playing worldwide, chances are you play, or know someone who does.

With the fantasy football season half over a lot of you are looking towards the playoffs, while others are giving up after being riddled with injuries, or just flat out losing interest.

For those of you who are still looking to claim a championship, I put together a little guide to help you for the rest of this season and beyond.

If you have dealt with injuries but you’re still alive, and you’re looking to make some trades, or your team is healthy and you just want to tighten up roster a bit this article is for you.

The most frustrating and unpredictable part of fantasy football is the injuries. This is why when building your roster you need to have safety valves in place, and prepare for the inevitable. This could be as simple as having the back up to one of your star players, or drafting several middle tier players as opposed to one top-flight player. Depth is important. You can’t prevent injuries, but you can prevent losing your whole season because of them.

Injuries can also present a huge opportunity for forward-thinking owners. Injuries ultimately lead to someone else ascending the depth chart, knowing which players these are and adding them to your roster can win champions. For example, if you picked up Terrance Williams when Miles Austin got hurt this season, you’ve reaped the benefits. Always know who benefits when, unfortunately, a player gets hurt. It is always a good practice to ‘handcuff’ your running backs as well. For example, if you have Demarco Murray, it is extremely advantageous to have Joseph Randle as well, given Murray’s injury history.

If you’ve lost a couple players but still have valuable assets on your team, maybe it’s time to start looking for trades.
Trading is essential to building a championship team. Never look at your roster post-draft as the roster you’re going to finish the season with. You should always be looking to upgrade. Never make a trade unless you are upgrading a particular position, and don’t be afraid of trading away your top players in favor of depth. Sometimes depth is an upgrade.

Selling high is great way to work the trade channels. What that means is if you have a player that is not quite established as a top tier player yet, but has just had a big game, it may be a good idea to sell that player while his stock is high to address other needs on your team.

A perfect example of this is Eddie Royal. Royal started off the season scoring five touchdowns in the first two games. There was no way he could keep up those kind of numbers throughout the course of the season, so selling Royal at that point would have been the smart move, as his stock was never going to be higher, and he was not going to finish the season as a top ten wide receiver.

The basic rule with selling a player high applies to players that are young or have never really shown any consistency over the course of their career, or have a small chance of continued success.

Other players that have been great sell high candidates this year have been Alshon Jeffery, and Rueben Randle. A personal example of this is trading Eddie Royal for Knowshon Moreno after week two and that has worked out very well.

Buying low is the flip side of selling high, obviously. Buying low on a player usually pertains to well established players that have been underachieving that you can acquire for pennies on the dollar, or at a much lower price than they may have been previously valued. When buying low on a player, you need to make sure there is a chance that player can rebound and get back to their high scoring consistent ways.
When looking for a trade, look at what other teams need when sending them offers. If someone has just lost their top quarterback to injury and is flushed with wide receivers, and you happen to have two good quarterbacks but need another wide receiver, that is someone you need to target to make a trade with. Take advantage of what people need to improve your team. This may be looked at as bad form, but if it helps you win, that’s all that matters.

After your team is set, and you’ve made all the trades you can make at the moment, it’s time to look at defenses. Team defense and special teams is the most overlooked roster spot in fantasy football. There are very few defenses you can plug in every week and get consistent performances from.

This year, Seattle and Kansas City fall into that group. If you don’t own one of the top tier defenses because, if you’re like me, you didn’t want to waste an early draft pick on one, then the best way to maximize your scoring is by cycling in defenses that have good match-ups.   By finding out which teams give up the most fantasy points to opposing defenses, you will know who to play.

This won’t work every week, but it’s a sound strategy and one I have used for many years and won many championships. This year the teams giving up the most points to opposing defenses are the Jacksonville Jaguars, Houston Texans, and New York Giants. Playing those teams opposing defenses will yield you some good points.

For daily information on who to sit and start, what players are poised for breakout games, and all the latest breaking news related to fantasy football, follow me on Twitter @FauxFootball1.

What late round draft pick on your team are you most excited about?