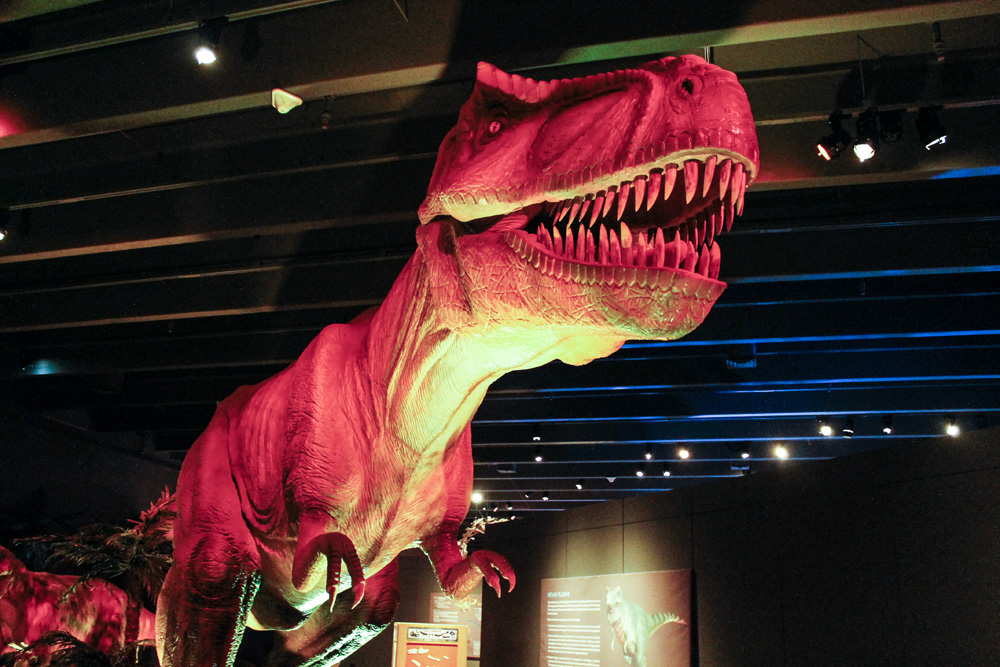 The dinosaur exhibit features life size, moving dinosaurs, and recent findings in paleontology. Among the life size dinosaurs are the Tyrannosaurus-Rex, Triceratops, and many other well known species. There are also iPads placed around the exhibit which let you look at some of the dinosaurs and see some more natural movements that they might have made when alive. There are a few skeleton models also on display. The event runs through April 27. General admission to the museum is $8(free with a Raider Card) and admission to Dinosaurs Unearthed is $4.